Skip to content
You are here: Home » NEWS » David Lyon appeals to electorate not to blame running mate over Supreme Court judgement 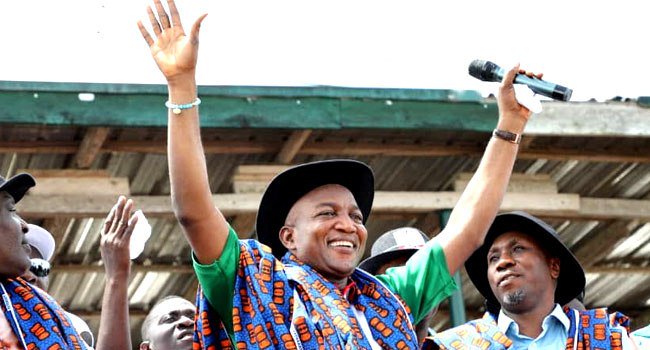 David Lyon, candidate of the All Progressives Congress (APC) in the November governorship election in Bayelsa State; has asked people not to blame Biobarakuma Degi-Eremienyo, his running mate, for his removal.

This was in the aftermath of a judgement by the Supreme Court which sacked David Lyon; on the grounds that his running mate presented forged documents to the Independent National Electoral Commission (INEC).

In a statement signed by Alphine Ogoh, his media aide; David Lyon appealed to his supporters to remain calm and allow the legal team of the party explore “all remedies available in law to restore the mandate of the people”.

He described as “unfounded” the allegations that he was encouraging people to engage in violence; following the judgement.

He said stakeholders have the liberty to express their opinions on issues; but it should be within the ambit of the law.

“Chief David Lyon reassures Nigerians and the peace-loving people of Bayelsa state that as a law-abiding citizen; he will never support, sponsor or direct anyone to engage in acts inimical to the progress and wellbeing of the same people he seeks to govern,” the statement reads.

“He also believes that in a democracy, the court is the last hope of the common man. Following the court pronouncement; he has been preoccupied with exploring all legal processes and remedies available in the constitution in the exercise of his fundamental human rights to address the unfortunate incident.

“As a leader, Chief David Lyon implores every Bayelsan; who believes in him and his vision for the state not to blame his running mate for the unfortunate development.”

He noted that a peaceful and stable Bayelsa is what he aspires to govern and improve upon as a legacy for all.

“He also expresses his faith and confidence in the judicial process and the Supreme Court, in particular, noting that at the end of the day, justice will be done to the good people of Bayelsa State.”