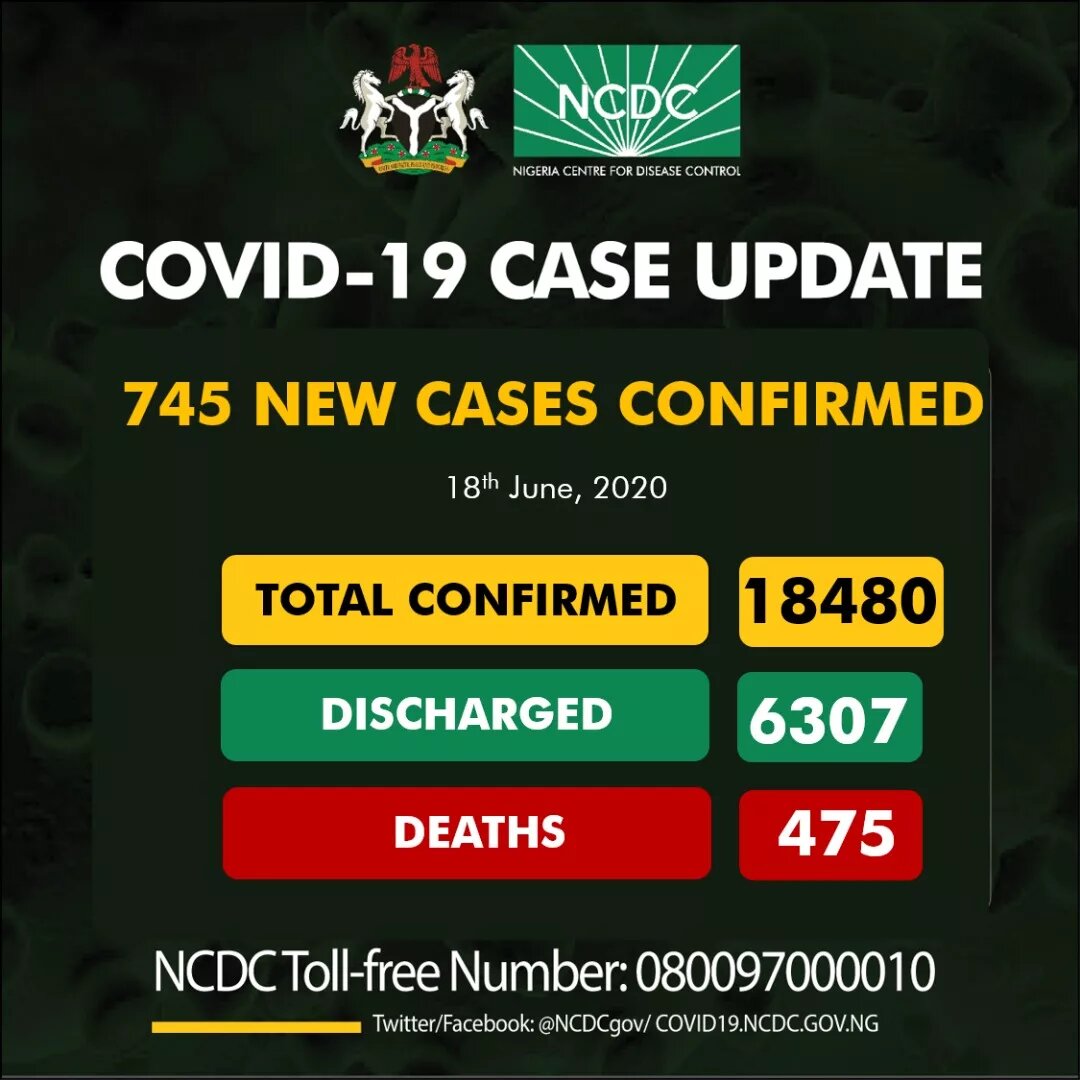 Nigeria has once again broken the record for the highest number of new COVID-19 cases recorded in a day.

On Thursday, June 18, a total of 745 new cases of COVID-19 were reported across Nigeria. Indeed, 1st News can report that the figure represents the highest ever recorded in a single day. Equally important, the figure of 745 new cases beats out the previous record of 681 new cases. As a matter of fact, the previous record came exactly a week ago, specifically on Thursday June 11.

The new cases have thus taken total confirmed cases of COVID-19 in Nigeria to 18, 480.

Meanwhile, a palpable sense of anxiety is becoming discernible among Nigerians; especially as the country’s battle against COVID-19 takes on a worrying dimension with mounting new cases. 1st News can report that the COVID-19 scourge has maintained its upward curve in Nigeria; despite the best efforts of the authorities in reining it in.

Once again, Lagos accounted for the highest tally from the fresh cases recorded yesterday with 280. It was closely followed by Oyo state which recorded 103 new cases. Also, nine other states and Abuja, the Federal Capital Territory (FCT) racked up double figures in new cases.

In summary, a total of 20 states and the FCT were responsible for the record 745 new cases reported.

This was revealed in a tweet posted by the Nigeria Centre for Disease Control near midnight on Thursday.

Please refer to table below for confirmed cases of COVID-19 across states in Nigeria.