More than 2,000 COVID-19 deaths were recorded in the United States on Thursday.

The figure is according to data from Johns Hopkins University (JHU); making it the deadliest day of the COVID-19 pandemic since early May.

Forbes reports that various projections expect that number to grow considerably over the next few weeks. Further, it says data from Johns Hopkins University’s metrics show that nearly 188,000 new coronavirus cases were detected across the US on Thursday.

The above represents the highest ever for a single day.

The spike in COVID-19 deaths in the US has followed a steep climb in the number of cases since mid-September; as well as a subsequent increase in hospitalizations. Forecast from the Centre for Disease Control (CDC) which combines various independent projections expects an increase in deaths over the next month. 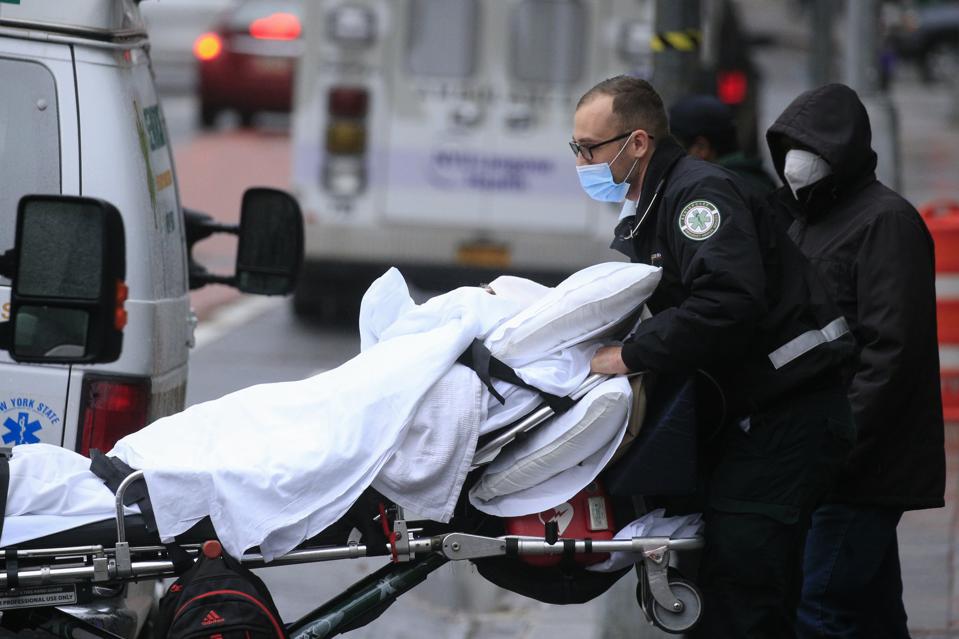 Earlier this month, Pfizer and Moderna both announced that their vaccines are 95% and 94.5% effective in preventing COVID-19; a development that health experts hailed as a very promising sign. However, most Americans will likely not be able to receive a vaccine until sometime next year.

Meanwhile, the National Agency for the Prohibition of Trafficking in Persons (NAPTIP) has disclosed that reported cases of rape increased during the COVID-19 lockdown in Nigeria.

This was disclosed by Tolu Odugbesan, Head of Sexual and Gender-based unit of the agency on Tuesday.

Equally important, Odugbesan represented the Director General of NAPTIP, Julie Okah Donli at a programme organised by Christabel Initiative. Also, the programme was held in collaboration with the National Assembly joint committees on Drugs and Narcotics.

“The statistics of gender and rape cases we have in the agency since 2015 is about 414. But during the pandemic, because people were not allowed to go out; the rate at which rape cases were been reported to the agency was overwhelming.