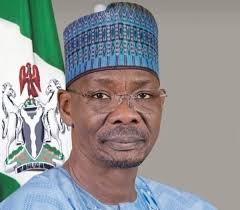 The Nasarawa State Government says its response team is tracking 74 contacts of the House of Assembly member; who died due to the COVID-19 pandemic.

Gov. Abdullahi Sule of Nasarawa State made the disclosure on Tuesday. He was speaking at the beginning of an extended security meeting held in Lafia.

Sule explained that the 74 contacts being tracked were those who had contact with the deceased. However, he revealed that this figure was for likely contacts in Nasarawa Local Government Area alone.

“The contacts included the immediate family members of the deceased and all those who participated in his burial rites.’’

He added that the government was receiving serious collaboration from stakeholders in Nasarawa local councils; as well as the Emir of Nasarawa, Jibrin Usman, in tracking the contacts. The governor explained that government was still making efforts to identify those who had contact with the deceased outside Nasarawa.

Meanwhile, the Speaker of the Nasarawa Assembly and the other 22 members are currently observing self-quarantine.

“We would not relent until we get the contacts of all confirmed cases in the state to prevent them from infecting other members of the public if they have the virus. Samples from all the identified contacts including the Speaker and members of the assembly had already been taken. We are awaiting their results,” the governor said.

Further, Sule affirmed that the House of Assembly Complex had been fumigated to disinfect it before being put to use.

Additionally, the governor disclosed that the government had opened more quarantine centres across all the local councils. This, he affirmed, was in order to strengthen the measures to contain the spread of COVID-19 in the state.

Nasarawa State had recorded 11 confirmed cases of COVID-19 with one death.