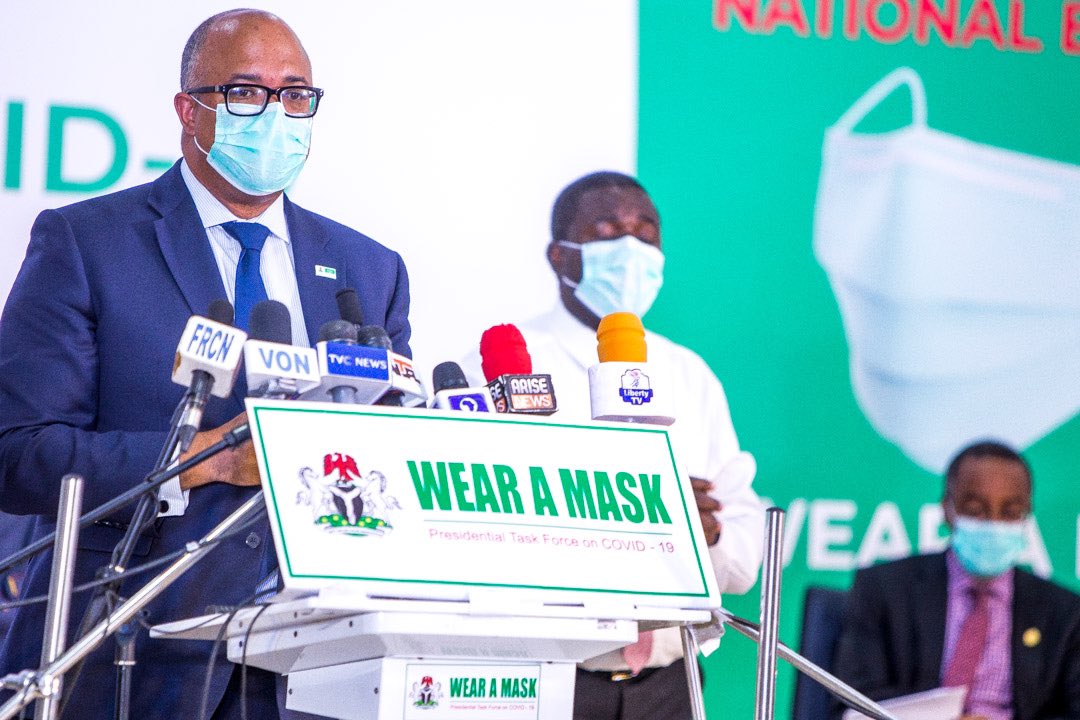 The Nigeria Centre for Disease Control (NCDC) has revealed that loss of taste and smell are symptoms of COVID-19.

However, it disclosed that it could also be for some other illnesses.

“It is important to get tested rather than self-medicate on the assumption that it is malaria,” it said.

The agency equally clarified that the loss of smell or taste had been recognised globally as symptoms of COVID-19. It noted that though there were few other diseases that would cause these symptoms; it was most likely that it was linked with an increasing incidence of COVID-19.

Also, the agency affirmed that while cloth masks were convenient substitutes to medical masks; they should not be worn by individuals who were at a high risk of complications. Face shields, it also revealed, were not sufficient to prevent transmission of COVID-19. Therefore, he stated that they should be used in addition to face masks.

The NCDC observed that there had been an increased used of face shield by Nigerians; adding they were not to be used in place of face-masks.

In addition, the agency urged citizens to adhere to public health measures and recognise the need to pay close attention; especially to the elderly and those with underlying medical conditions as they were most vulnerable. On private sector partnership to ramp up testing, the agency said a lot of private sector laboratories had indicated interest and were playing a role already.

It added that Lagos had the highest number of private laboratories.

However, it acknowledged that the process of accreditation was complicated and cumbersome for private sector operators; adding it was working with states to ramp up sample collection identified as a major challenge.

The agency also urged Nigerians to hold the NCDC and state governments responsible.