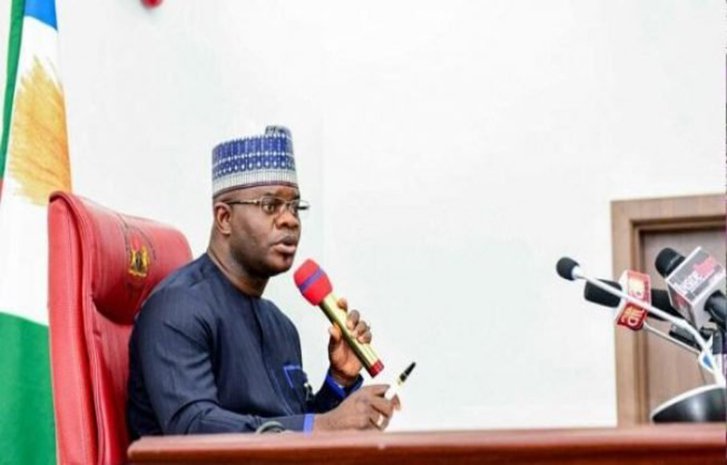 The Governor of Kogi State, Yahaya Bello has accused the Nigeria Centre of Disease Control (NCDC) of hiding something over COVID-19 and asked them to open up.

The governor made the allegation following how officials of the NCDC left Kogi State because they were allegedly asked to submit themselves to be tested for COVID-19.

It was gathered that some NCDC officials were sent to Kogi on Thursday, May 7; to boost the state’s capacity in the fight against the pandemic.

However, Bello requested the officials to go into isolation and prepare to be tested for the virus.

The officials were said to have refused the governor’s demand but instead, returned to Abuja.

Worried over the action by the NCDC staff, Kogi State Commissioner for Information, Kingsley Fanwo, said in a statement:

“So NCDC will have a lot to explain as to why its officials refused to test for COVID-19. How can we be sure of their status? What are their fears? Why did NCDC send people who are afraid of tests to our State? What was their intention?

“The officials that came have done an integrity blow to the works of the NCDC. Is there something they are hiding? It is high time NCDC opened up and apologized to the good people of Kogi State. How will they encourage people to test when their own officials are afraid of the test? This is sad.”

Kogi in the North Central region and Cross River in South-South are the only two states in Nigeria yet to record any COVID-19 case.

A commissioner in Cross River State had recently alleged that some people in the state were being promised bribe of millions of naira should they claim to be COVID-19 positive.

The commissioner had then said that it was not compulsory that the virus must be recorded in every state of the federation.

The Cross River government official stated that in response to a statement by the NCDC Director-General, Chikwe Ihekweazu that the virus would eventually spread to the 36 states of Nigeria and Abuja, the Federal Capital Territory (FCT).