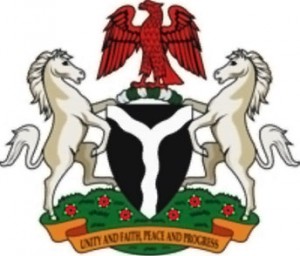 The Federal Government has disclosed that about 4,000 Nigerians abroad are willing to return as a result of COVID-19 pandemic.

Mr Geoffrey Onyeama, the Minister of Foreign Affairs disclosed this on Monday, May 4, 2020. He was speaking at the Presidential Task Force on COVID-19 daily press briefing on Monday in Abuja. He said if the Federal Government had its way and there were enough bed spaces at the isolation centres; all Nigerians abroad willing to come home would be brought back.

The minister stated that government was in the process of repatriating Nigerians abroad who were willing to return. Further, he disclosed that Emirates Airline had indicated interest to bring them back to Nigeria. He added that the airline would operate on May 6, to bring Nigerians abroad back to the country. Equally important, the returnees would be the first batch to be brought from abroad.

“We have secured 300 beds in Lagos and 1,000 in Abuja. The Governor of Lagos has been outstanding in his support. He has done a great job and his leadership quality is exemplary,” Onyeama said.

Meanwhile, the Minister revealed that British Airways would be arriving Lagos on Friday and since it would be coming empty; the government had negotiated with the British government that Nigerians in United Kingdom should be allowed to join the flight.

“Ideally we would have loved if the Airways come to Abuja. But we have to make do with what we have. We have to understand the challenges our people are facing,” he said.

Also, Onyeama said that it had done a deal with the United States of America; if there was any flight available that would be coming to Nigeria.

“On Monday we did a deal with Ethiopian Airline to bring back our people. Air Peace is coming from London on Saturday. We are doing a deal if they can bring our people back to Nigeria,” he said.

COVID-19: Emir’s palace at Buhari’s hometown shut down due to pandemic