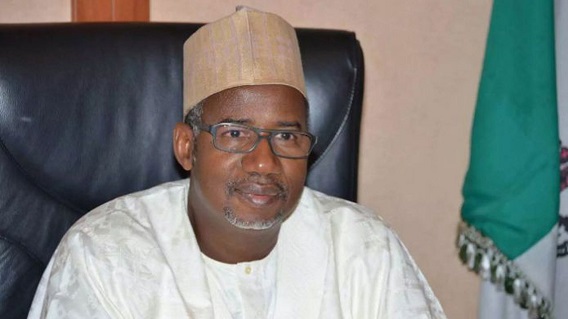 Mukhtar Gidado, the Senior Special Assistant on Media to Bala Mohammed, made the announcement in a statement.

This comes a day after the governor took the test after he had contact with the son of former Vice President Atiku Abubakar, was confirmed to have been infected with the virus.

Atiku had revealed on Sunday, March 22; that his son tested positive for the virus and is also under medical care in Abuja.

The two shook hands on an Aero Contractors’ flight; which means the governor could have been exposed to the infection.

The governor has gone into isolation and is awaiting the result of a clinical test to verify his status.

The statement issued by Gidado reads, “It would be recalled that Governor Bala Mohammed, who also recently returned from an official trip in Lagos; met with Mohammed Atiku Abubakar in the Aero Contractor aircraft where they shook hands and exchanged pleasantries.

“So far, the governor has not exhibited any symptom of the disease; but based on the recommendation of the NCDC, he will remain indoors to avoid the risk of spreading the disease.

“Currently, the blood sample of the governor is being taken and is undergoing a clinical test.”

Meanwhile, the National Association of Nigerian Prostitutes on Monday; called on its members to suspend their services until further notice; as the country grapples with widespread cases of coronavirus.

Tamar Tion, the president of the NANP, in an interview, urged members not to engage in any sexual intercourse until the virus outbreak was curtailed.

“We urge our members nationwide to take the precautionary measures seriously and avoid any sexual activity until further notice. They should equally avoid going to nightclubs and other gatherings for their own good,” Tion said.

“They are advised to wash their hands often with soap and water for at least 20 seconds; especially after one had been in a public place, or after blowing (their) nose, coughing or sneezing.”

“If soap and water are not readily available, use a hand sanitiser that contains at least 60% alcohol. Cover all surfaces of your hands and rub them together until they feel dry. Avoid touching your eyes, nose, and mouth with unwashed hands,” he was quoted as saying.