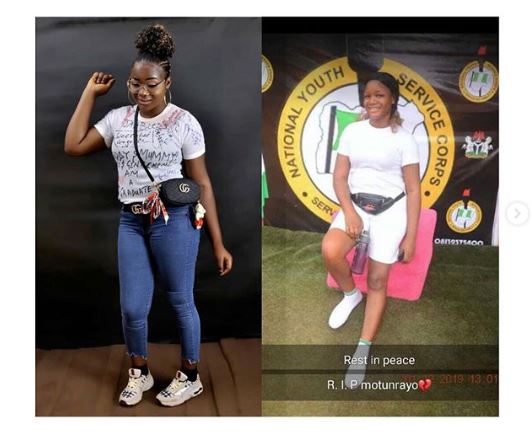 Until her death, Motunrayo was a corps member serving in Kogi State. According to reports, she left a heartwrenching suicide note moments before making the decision to gulp two bottles of insecticide.

The lady, who hailed from Ijumu in Kogi State, was a graduate of Banking and Finance from Prince Abubakar Audu University, Anyigba.

The corps member was said to have committed suicide on Friday, January 10, leaving behind a suicide note, saying “life is not worth living”.

The note read thus, “I did this because I see nothing worth living. “Mummy, I love you. Daddy, I love you. Matthew and John, you guys should take care. We will meet where we will depart no more. I Iove you guys”. 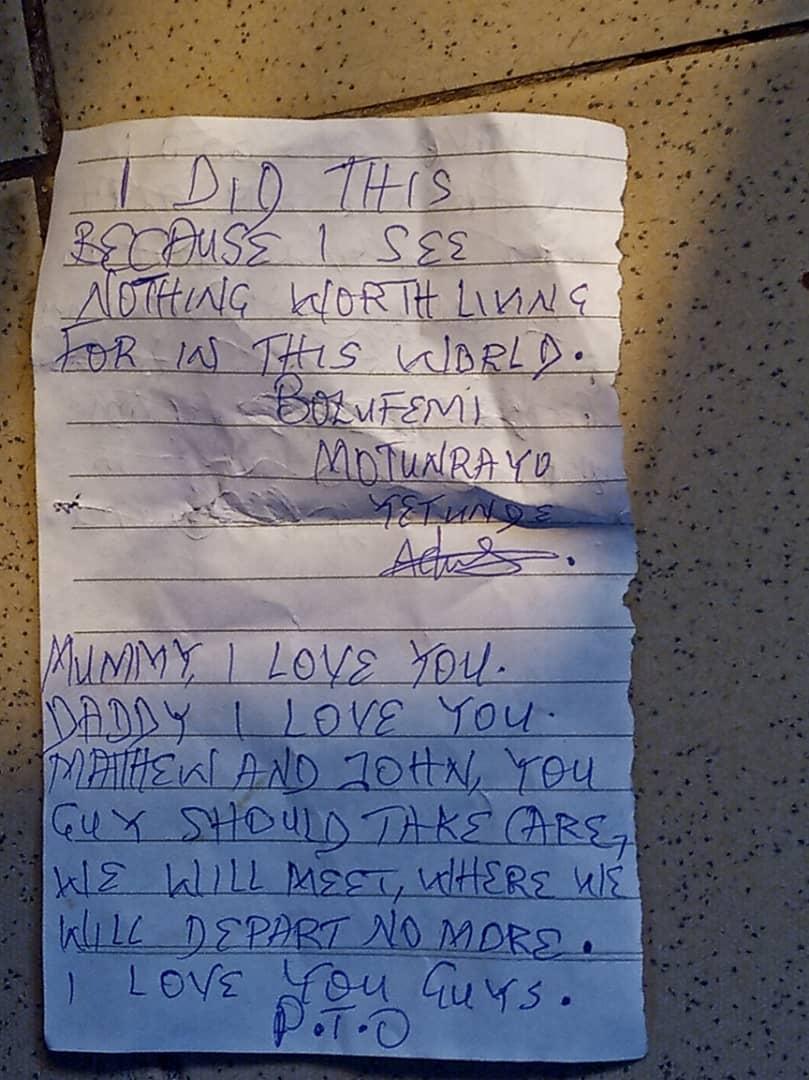 The issue of suicide is fast becoming a trend in Nigeria among youths.

There have been reports of many young people turning to suicide as an end to depression or other ills.

Furthermore, there has been a rise in the use of lethal insecticide – Sniper – as a suicide agent. Consequently, the sale of the poisonous product has been banned in open markets.