Skip to content
You are here: Home » NEWS » Coronavirus: Kyari, Buhari’s aide, may have difficulties recovering 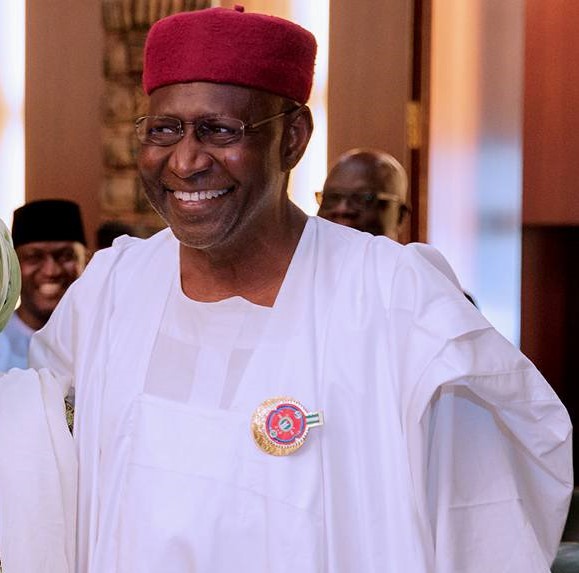 Abba Kyari, Chief of Staff to President Muhammadu Buhari, may have difficulties recovering from the coronavirus. This is because Kyari, 80, had some other ailments which could hamper his rate of recovery; a report in the Punch has alleged.

The Punch quotes a source in the Ministry of Health who revealed that it was only hoping for the best in his case.

“From the information at my disposal, chief’s medical records have been sent via email from Wellington Hospital; where he goes for his check-up and also gets his treatment. He has some other health conditions which will be kept confidential. We are hoping for the best.”

As a matter of fact, Kyari was flown to London in December 2016 for a medical emergency. Thereafter, he was attended to at the Wellington Hospital in the UK. The hospital is revered as one of the best in the UK.

Kyari reportedly tested positive to the dreaded coronavirus after he returned to Nigeria from a trip to Germany.

In addition, there are fears among top government officials and governors since Kyari tested positive. He had come in contact with a number of prominent Nigerian politicians since his return; resulting in a number of them opting to get tested.

Buhari and Vice President, Yemi Osinbajo were among those who have since been tested. However, their results returned negative.

Meanwhile, the Presidency has revealed that Aso Rock Villa was on partial lock-down due to the dreaded coronavirus.

This was disclosed by Femi Adesina, Special Adviser on Media and Publicity to Buhari.

Adesina revealed that things would continue to remain on a low key at the Aso Rock Villa for a while. Nevertheless, he held that the Villa, Nigeria’s seat of power, was not completely shut down. Instead, he clarified that the entire country was on partial lockdown; as part of measures introduced by the Federal and State governments to curtail the spread of the coronavirus.

Furthermore, he disclosed that it was the same reason the Federal Executive Council (FEC) meeting was suspended till further notice.