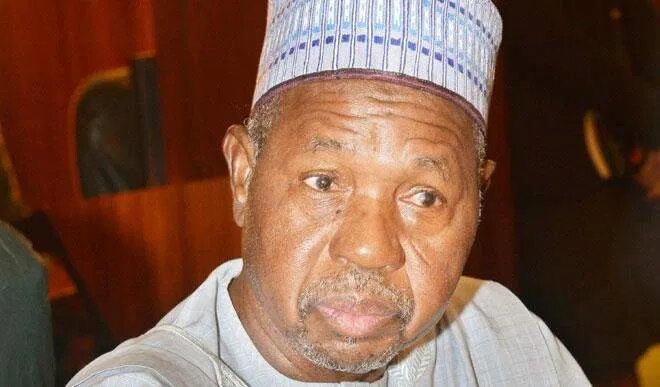 The Katsina state government has ordered the lockdown of the state after it discovered 2 new cases of the deadly virus. The governor of the state Aminu Masari made the announcement today and said the lockdown will take effect from tomorrow in the state.
“Katsina State now has 12 confirmed cases, with one dead. This now makes it 11 cases, with two in Katsina, one in Dutsinma, and rest in Daura. “In line with what we used to do in such situation by locking down a city or local government, we are locking down Katsina to avoid spread of the disease.
“Discussions have already been held with the state emergency response committee and other government officials on the issue and agreed that, Katsina be closed by 7am Tuesday morning. It is going to be a total lockdown of Katsina. “All other local governments with the exception of Daura and Dutsinma, would have restriction of movement.

“God forbid, but if we are to have a case of coronavirus in any of the local governments, we will close it down and lock its borders” The governor also appealed to neighboring states to join hands with them to put an end to the deadly virus. “Such situation is threatening effective containment of the disease. Neighboring states and Niger Republic should help regulate the inflow of people.”