Chelsea are still awaiting the first goal of Rafael Benitez’s spell as interim boss after an uninspiring goalless draw with local rivals Fulham, which saw fans booing new manager, Benitez for the second game in the row at the end.

Fernando Torres’s scuffed shot from Cesar Azpilicueta’s cross was as close as the Blues came in a drab first half.

The hosts improved after the break as Branislav Ivanovic glanced off target and Torres volleyed wide.

In the wake of Sunday’s goalless draw against Manchester City, the home fans’ discontent with the appointment of Benitez bubbled to the surface in the final ten minutes with chants in support of his sacked predecessor Roberto Di Matteo.

Although Chelsea showed slight signs of improvement from the Spaniard’s debut in their dug-out, they end a miserable November with just one win from seven games in all competitions.

In other games, United laboured to a 1-0 win over West Ham United to remain on top of the table despite second placed Manchester City beating Wigan 2-0, Tottenham got the better of Liverpool 2-1 and Newcastle United’s woes continued with another defeat (2-1) at Stoke.

However, the shock of the night took place at Swansea where high flying West Brom were beaten 3-1 while Everton drew 1-1 with Arsenal. 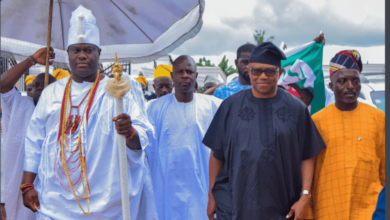