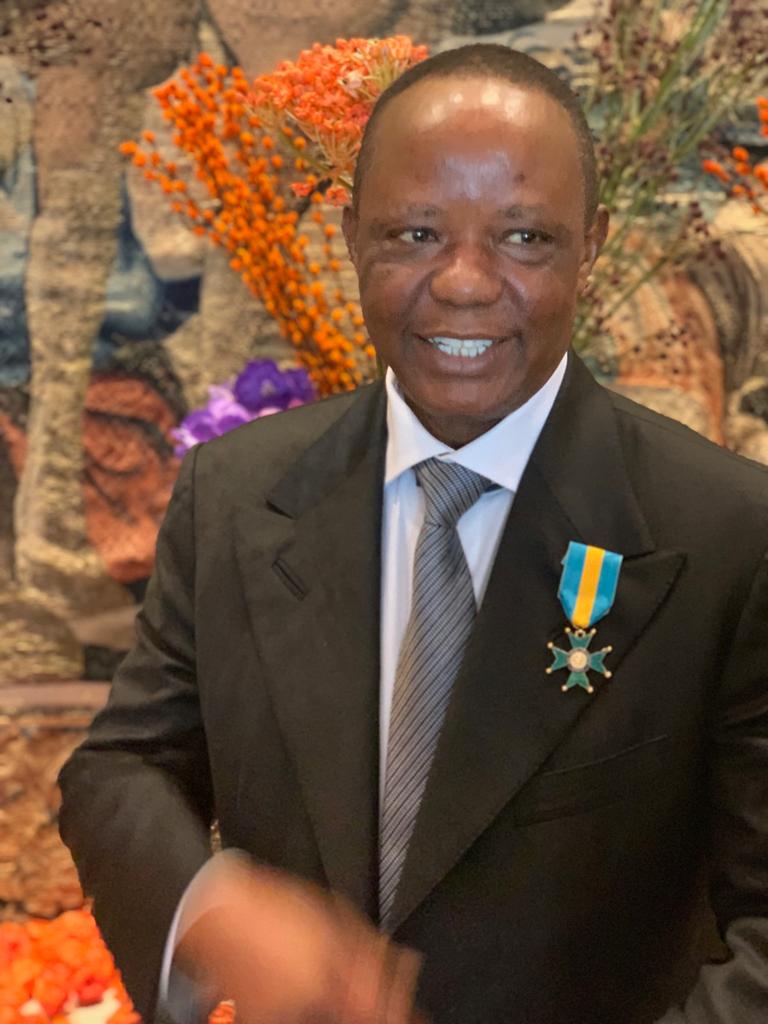 Chairman, Ocean Marine Limited and Business mogul, Capt Hosa Okunbo yesterday warned that he would stop at nothing until perpetrators of malicious falsehood and attack against his person and organization are meant to face the full wrath of the law.

He said the time when he would gloss over orchestrated attack and activities of mischief makers aimed at maligning his integrity and reputation are over.

Okunbo in a statement made available to newsmen in Benin City, Edo state, captioned “Enough Is Enough” said he had through his legal team written to the Inspector General of Police, Muhammadu Adamu, over activities one Marvelous Zibiri’s attempt to denigrate his name through malicious and libelous publications in order to peddle alleged falsehood and lies under the guise of playing politics in the state.

Okunbo said he takes pride in his Bini ancestry and holds dearly the highest ethos of integrity, as that has been key to his success as an entrepreneur of international repute.

He spoke against the backdrop of a publication by ‘Honourable’ Marvelous Zibiri, said to be a serving aide of the Deputy Governor of Edo State, pointing out that he (Zibiri) had “betrayed his lack of capacity for decorum and reasonableness, bellying his claim to being an ‘honourable’ as his very action is a direct negation to that revered title.’

He vowed that his “reputation built over decades of hard work, dedication, commitment to excellence and the highest standards of forthrightness, cannot be damaged or demeaned by anyone whose pedigree is questionable, to say the least.”

Okunbo is also the Chairman, Ocean Marine Solutions Limited, however, expressed confidence in the police through IGP Adamu would “apply due diligence investigations to establish the veracity or otherwise of Mr. Zibiri’s claims, adding that”My legal representatives have also been briefed for possible libel and defamation of character charges.”

According to him, “The intent, tone and language deployed in this particular publication betrayed his desire to cast aspersion on my person, and to smear my hard-earned reputation with innuendoes, allusions, and outright falsehoods.”

“If they ever thought it’s going to be business as usual from this day onward, then, it’s okay to do a test of my resolve to protect and guard jealously my priceless asset: my name,” he said.

While making reference in a discharged and acquitted of all charges on a ‘no case’ submission. Proceedings of this case with in suit No: MOT/L/163/95 which was documented and accessible to the public, Okunbo stated that, “It is this unfortunate incident of 1995 that my detractors and vicious character assassins have continuously drummed up to tarnish my character, to score cheap political points and for other devious reasons whenever it suits them.”

“I have never been interrogated nor charged, much less convicted for any drug or drug-related issue anywhere in the world. Thus, Mr. Zibiri’s reference to me as a ‘drug baron’ is the height of malice and mischief,”

He said, “Much as they had tried to splash mud in my corner, including some of my businesses, I have not ceased to receive letters of commendations from our partners, who not only appreciate our efforts at adding value and improving the overall good, but urging us to do more. Their words of support and encouragement are definitely inestimable.”

He urged all his associates and partners, “not take these inane and unfounded attacks seriously, because they know what it is: an attempt to deliberately damage a thriving and enduring brand. But the time to pull the breaks and put all of those mischief-makers in their respective places”