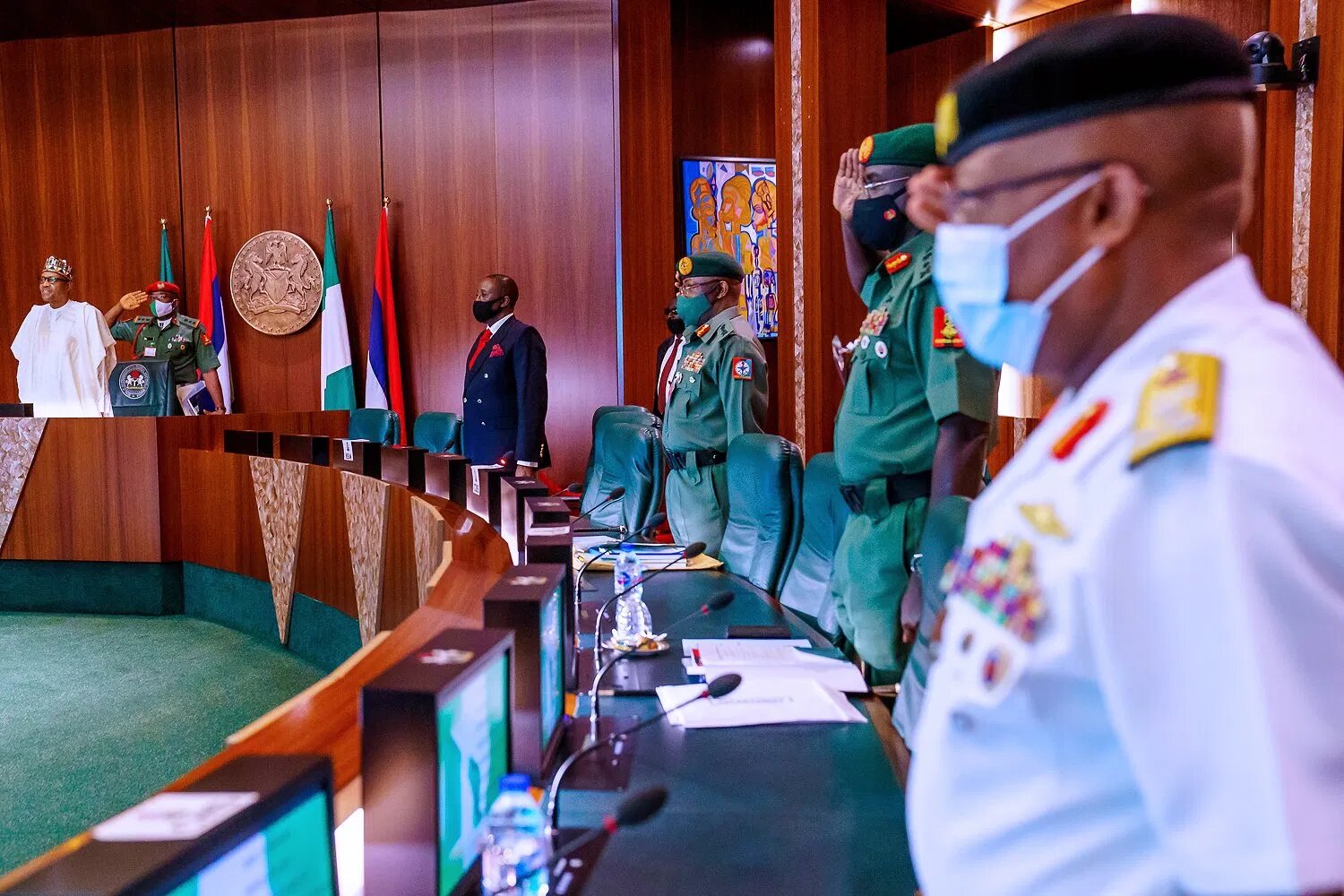 A group of Northern leaders has again called on President Muhammadu to relieve the present serving security heads of their positions.

A group of Northern leaders called Coalition of North-Central Elders (CNCE) has resounded the call for the immediate dismissal of the service chiefs over the security challenges facing the country.

The group which expressed sadness over the spate of insecurity haunting the North East region that was previously violence-free, beckoned on President Muhammadu Buhari to make a pick from the numerous experienced security experts across the country to replace the four serving security heads.

The statement was signed and issued the CNCE Chairman, Usman Bida on Monday.

Bida further noted that the “continued retention of the country’s service chiefs is totally against the wishes of Nigerian people given that it is causing a lot low morale and bad work zeal in the entire Armed Forces,” adding that there are many more experienced people who can serve in their positions.

“We join other well-meaning Nigerians to call on Mr. President to immediately restructure the current security architecture in the country with the sacking of the service chiefs as the first step”.

“Nigerians are tired of rhetorics and promises of the security situation getting better.

“We are saddened that there is no state in the North Central that is free from terrorists’ attacks or that has not had its own fair share of the mindless killing of innocent citizens one time or the other, a region that was the most peaceful in the entire North,” the statement read in part.

The group added that “We voted for President Buhari because of his vast experience in security and integrity and we expect the best from him.

“Mr. President, sir, four officers cannot be more experienced than thousands of the officers we have in the armed forces. It is on this note that we appeal to you to, as a matter of urgency and national importance, sack them from office.”

Olamide comes through with 'Eru' | VIDEO