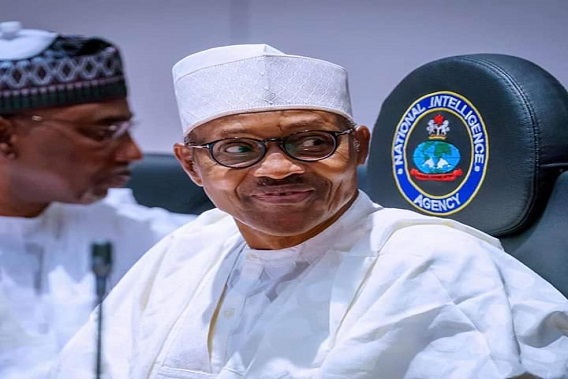 President Muhammadu Buhari on Saturday, January 25; launched a scathing critique on former Minister of Defence, Lt. Gen Theophilus Danjuma, over the performance of his administration.

Buhari explained that the performance of the administration is not more important; than that of millions of Nigerians who re-elected him last year.

On the vote of no confidence passed on the government by the ex-defence chief at a recent forum in Ibadan, Buhari said: “And what is the vote of confidence of Nigerians in me, as expressed in the polls last year? That is what matters more, not the opinion of one man.”

Danjuma had said that if he reveals what he knows about the happenings in the government, Nigerians would lose sleep.

However, the President insisted that his victory on February 23, 2019, presidential election was a vindication of voters’ confidence and support for him and his administration’s policies.

On his relationship with Vice-President Yemi Osinbajo, said things were “perfect,” between them.

He was asked to rate his relationship with his deputy on a scale of one to 10. But the President replied: “Perfect. Or has he complained to you?”

He also commented on the insinuation that a “cabal” runs his government; his promise to lift 100 million Nigerians out of poverty, and criticisms that his claim that he is now a “reformed democrat,” is fake.

How Obama reacted to death of NBA legend, Gianna