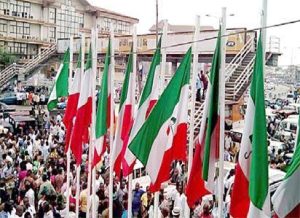 The Peoples Democratic Party (PDP) has disqualified two of the 17 presidential aspirants seeking its ticket to contest the 2023 election.

The two disqualified aspirants are to forfeit the N40 million each of them paid for the expression of interest and nomination forms.

The chairman of the presidential screening committee, Senator David Mark, announced the disqualification of the two aspirants on Friday evening.

Mark however declined a request by journalists to reveal the identities of the affected aspirants and the reason(s) for their disqualification.