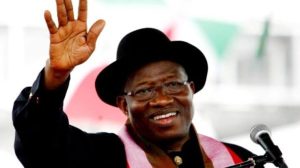 A coalition of northern groups has purchased the All Progressives Congress (APC) expression of interest and nominations forms for former President Goodluck Jonathan to contest for the office of the president in 2023.

This brings to an end the weeks of speculation that the former president intends to return to Aso Villa which he occupied between 2009 and 2015.

Recall that Jonathan, while seeking re-election, lost to the incumbent president, Muhammadu Buhari in 2015.

Chain Your Dog and Advise Her to Stop Making Videos in My House, Else…— Mercy Aigbe’s Husband’s First Wife Issues another Warning