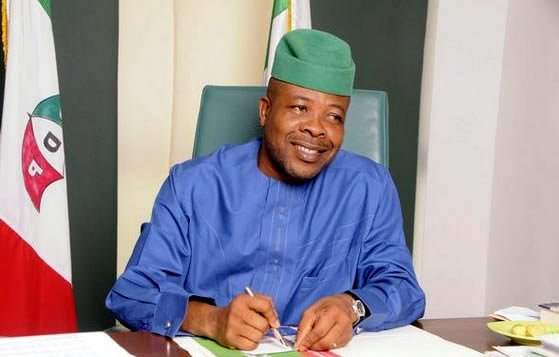 As part of his development agenda in Imo State, former governor, Emeka Ihedioha, had set up a Financial Advisory Committee. Subsequently, the committee had engaged the services of 1o consulting firms to probe the state’s finances; as well as its accounts with commercial banks in the eight years preceding the Ihedioha administration.

Equally important, this financial report, sighted by 1st News, came to light on Thursday, February 6; via a detailed memo signed by Abraham Nwankwo, Chairman of the advisory committee instituted by Ihedioha.

The former governor, according to the report; “set up the committee in order to help his development agenda for the state.”

Part of the committee’s mandate was to “review all financial transactions and ensure a forensic audit; with the aim of ascertaining sources of funds.”

The result of this inquest revealed that a particular bank was responsible for over 90% of the financial sleaze. Specifically, the report held that this bank was liable to refund N73,281,899,828.66 of the primary amount; as well as all of the secondary amount of N38,221,701,806.96 making up a huge chunk of the funds.

The report further stated that despite the 30-day notice given to the banks to refund these debts; many of them are yet to comply with this order.

“A majority were yet to respond to the claims made against them; leaving the impression they have no factual basis to repudiate the claims,” the report reads.

Meanwhile, the committee inaugurated by Ihedioha further explained that; “a number of measures were being considered to ensure these claims were pursued” before the change of government to Uzodinma.

Based on this discovery, the team urged Hope Uzodinma to ensure “the recovery process is aggressively pursued with the required will. It will make it unnecessary for the state to resort to bank borrowings; in order to fund infrastructural development.”

Furthermore, the team reassured the governor of their willingness to work with his administration; towards the recovery of these funds.

“On our part, we remain available to assist; in whatever way your Excellency may consider useful,” the report revealed.