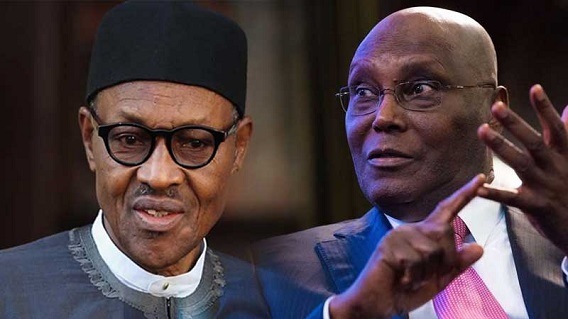 Former Vice President, Atiku Abubakar, has revealed that; Nigeria had taken almost as much foreign debt in the last three years as it had taken in 30 years before 2015 combined.

In a statement issued on Wednesday, December 18, Atiku described the current debt situation as frightening.

He also stated that it is not just because of the amount, but because of such unprecedented borrowing.

It was further revealed that the budget was increased from N10.33 trillion to N10.594billion by the National Assembly.

However, quoting the former United States President, John Quincy Adams, who once said: ‘There are two ways to conquer and enslave a nation. One is by the sword, the other is by debt,” Atiku said: “He may have very well been referring to Nigeria of the last three years.”

Atiku lamented the attempt by President Buhari to “plunge Nigeria into another debt”; noting that the problem of Nigeria was not the lack of money, but that of leadership.

According to the former vice president, the fact that Nigeria currently budgets more money for debt servicing (₦2.7 trillion) than it does on capital expenditure (₦2.4 trillion) is already an indicator that Nigeria has borrowed more money than it can afford to borrow.

“And the thing is that debt servicing is not debt repayment. Debt servicing just means that Nigeria is paying the barest minimum allowable by its creditors,” he said.

Atiku further stated that the Buhari’s government can derive the loan it seeks to borrow; without plunging the country into more debt, adding that what is required is “visionary leadership and business acumen”.

The former vice president said if the government could deploy Saudi Arabia’s ARAMCO strategy to the NNPC; the amount of loan in consideration will be derived and foreign direct investment will increase.

“But just last week, Saudi Arabia’s ARAMCO, the most profitable company in the world; took that route and almost broke the global stock market with the most successful initial IPOs in world history. Ironically, Saudi Aramco raised $29.4 billion via this IPO. Just the amount this administration wants to borrow.

“That could have been Nigeria’s story, but for our failure of leadership. By reforming the NNPC, Nigeria can raise the $29.6 billion the Buhari regime wants to borrow; and we will raise the money without going into debt,” he said.

Atiku also called on Nigerian youth “to identify the Senator representing their senatorial zones and write to them, urging them to vote against this request.”

“I was part of a team that paid off Nigeria’s entire foreign debt. I, therefore, cannot sit and watch an administration without vision squander our children’s future; by taking and wasting loans that they do not even have the capacity to utilise properly.

“Our youth must have something better to inherit from us than unsustainable debt-fuelled by insatiable greed. That is why I call on the Senate of the National Assembly to show loyalty to Nigeria; and reconsider its decision with regards to approving Buhari’s $29.6 billion loan request,” Atiku revealed in the statement

Donald Trump impeached by US House as battle shifts to Senate

Trump impeachment: President ‘red in the face and going off the rails’ after historic House vote