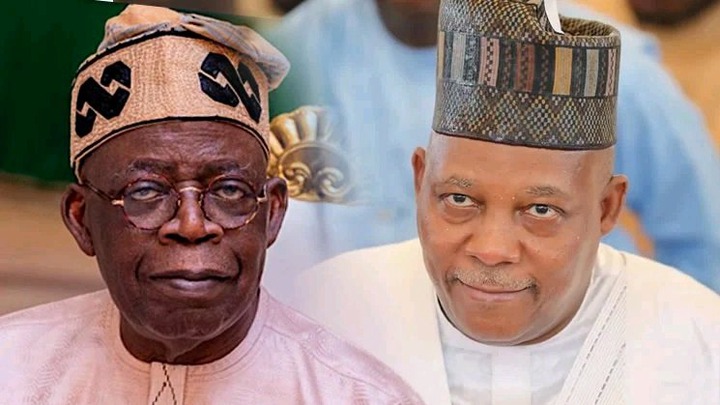 The vice-presidential candidate of the APC, Kashim Shettima wants Nigerians to stop being fixated on the age and health of his principal, Bola Tinubu.

Shettima made this known on Monday in Lagos at a banquet held in honour of President Muhammadu Buhari who was in the state for a two-day visit.

According to him, Bola Tinubu is not preparing for the Olympics but for governance that “thrives on established track records.”

This comes up shortly after the APC presidential candidate was caught sleeping while in a meeting last week.

Shettima shouldn’t tell an employer to overlook his health status in seeking for employment. It’s tiring to continue to mention how health challenges can prevent one from performing their duties.