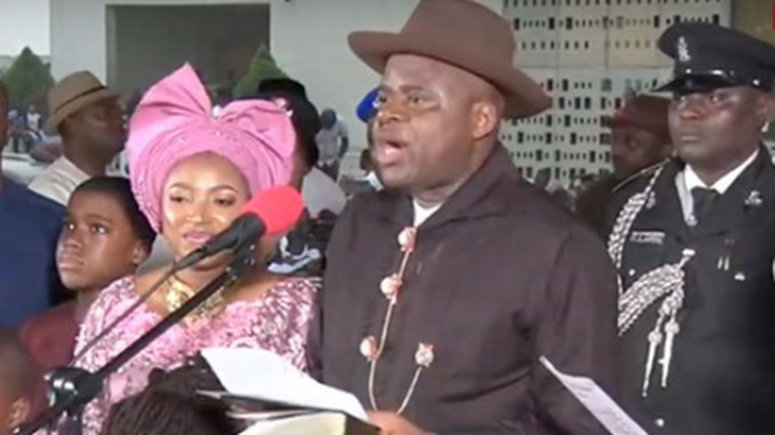 The Bayelsa chapter of All Progressives Congress (APC) has berated the state House of Assembly; for the approval of N2.9 billion loan to Gov. Douye Diri to purchase cars.

The Publicity Secretary of APC in Bayelsa, Mr Doifie Buokoribo, expressed the party’s position; while reacting to the approval in a chat with newsmen in Yenagoa on Thursday.

Mr Abranhama Ingobere, Speaker, Bayelsa House of Assembly, who announced the decision of the House; at Wednesday’s plenary, said that the loan from commercial banks had a three-year tenure. Ingobere explained that the loan would be deployed to purchase operational vehicles for the governo; as well as his deputy and top officials of the Bayelsa government.

However, Buokoribo described the move by Diri as self-serving and insensitive; especially coming at a time when the state was yet to meet outstanding obligations to civil servants and pensioners.

“The decision of Sen. Diri to take a bank loan of N2.9 billion for the purpose of buying “operational vehicles for the governor, his deputy and other top government functionaries is regrettable. Coming less than three weeks as governor, this move is unsympathetic. Sadly, the Bayelsa State House of Assembly has approved the loan request.

“Diri is taking the loan at a time when civil servants and pensioners in the state have not been paid. This is a continuation of the frivolities of the PDP government of Dickson; a major reason the people of the state roundly rejected them at the poll.

He recalled that the Peoples Democratic Party (PDP) government came to power through the Feb. 13 Supreme Court decision; which nullified the victory of APC’s David Lyon.

“Legally, Douye Diri is the governor of Bayelsa State. But in the hearts and minds of our people, he is illegitimate. He was not the one they voted for. He will bear the burden of illegitimacy throughout his tenancy at Creek Haven, Government House, Yenagoa,” he said.

Meanwhile, the Assembly had  in Feb. 2017 approved a loan request of N3 billion by Ex-Gov. Seriake Dickson. The loan was for the purchase of cars for his use and 24 Assembly members.