Skip to content
You are here: Home » NEWS » Anthony Joshua meets the Akarigbo of Remo kingdom Oba Babatunde Adewale Ajayi at his Palace 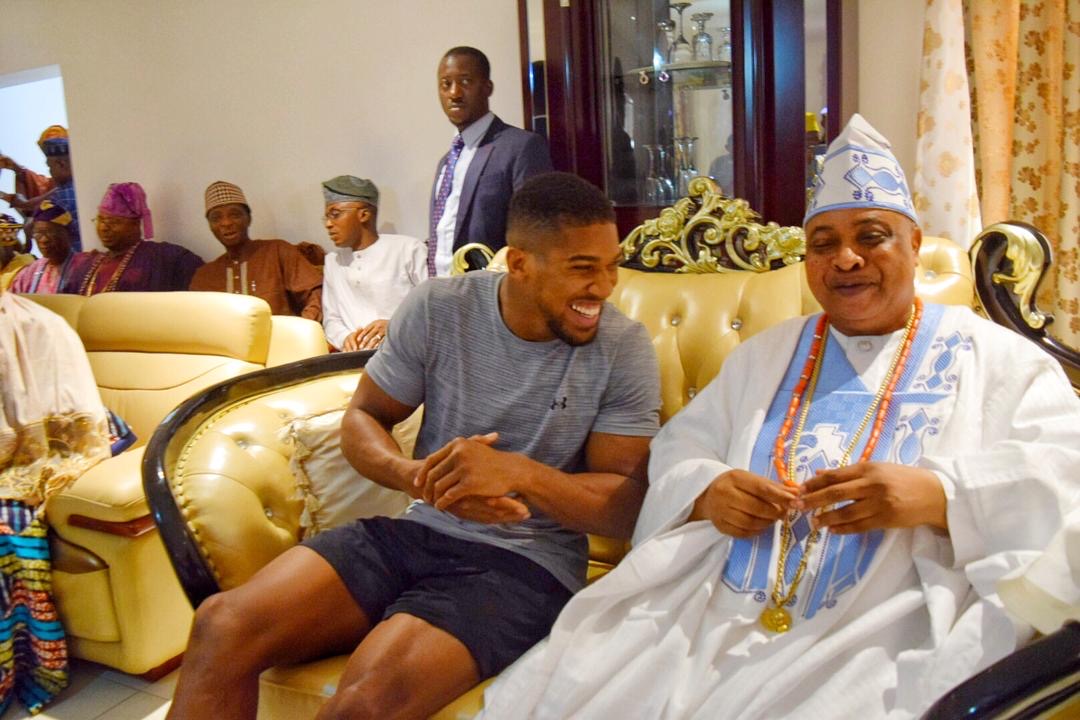 The World Heavyweight Boxing Champion, Anthony Joshua, on Wednesday 19th February paid a courtesy visit to the Akarigbo of REMOLAND has he made a promise to Oba Ajayi and indeed Nigeria never to be far from His Roots (REMO KINGDOM).

Joshua pledged to “stand up for Sagamu & Remo kingdom as a whole anytime you need me.”

The Akarigbo and Paramount Ruler of Remo Kingdom congratulated Anthony for regaining his world championship belt as well as putting Remo and Nigeria back on the map.

In a related development, The people of Remo kingdom have given kudos to Joshua for his show of respect and humility to The Akarigbo. 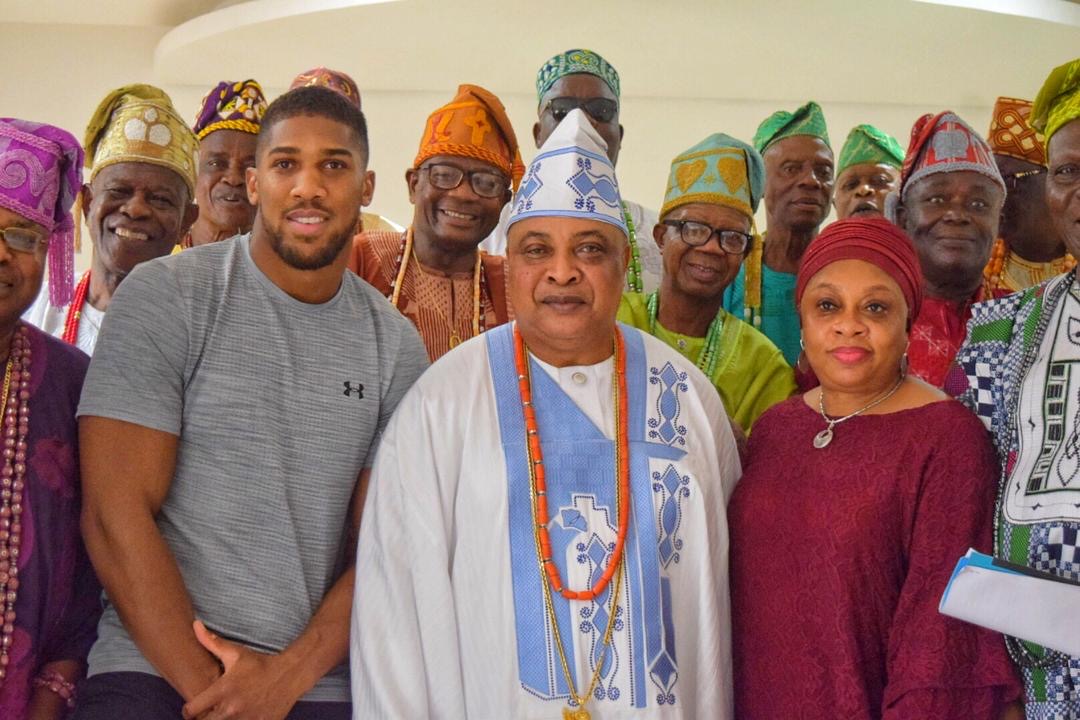