Skip to content
You are here: Home » NEWS » Another petrol tanker falls in Anambra

Another petrol tanker falls in Anambra 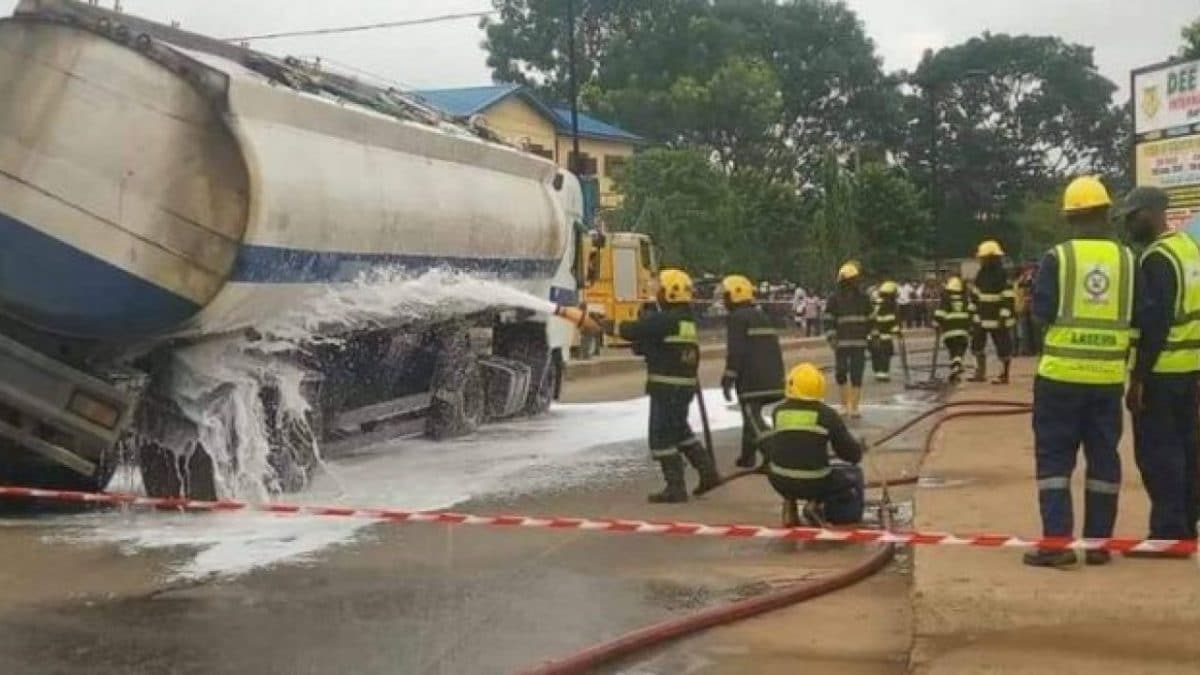 Another Fire incident has been averted on Friday morning at Agulu, Anaocha local government area of Anambra state.

Gathered that the truck fell at about 7 am on Friday after it lost its brake while trying to make a U-turn in the town.

Our correspondent gathered that no life was lost, as men of the fire service were on hand to prevent the fuel from spilling over.

The Anambra State Police Command’s spokesperson, SP Haruna Mohammed confirmed the incident, saying that the Commissioner of Police, CP John Abang has also visited the scene and that fire Service department was equally on ground.

When our correspondent arrived the scene at about 12 pm, another truck had been brought to evacuate the contents of the fallen tanker, while policemen were seen cordoning off the area to prevent casualties.