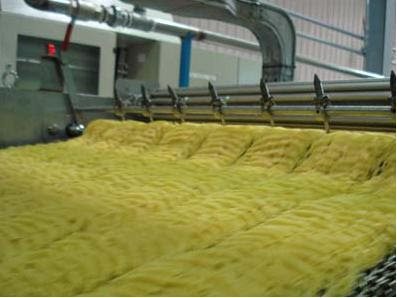 Hundreds of youths in Kaduna on Wednesday forced the closure of a noodles company over employment issues.

The youths blocked the three entrances into the company demanding more employment opportunities to those living within the immediate community and provision of social amenities, the News Agency of Nigeria reports.

The protesters carried placards with various inscriptions demanding a commitment by Indomie Noodles Factory, especially in the provision of water, road and health facilities to Mararrabar Rido and environs.

A staff of the company, who pleaded anonymity, told the News Agency of Nigeria that the company had employed some of the residents but that some of them had left without any reason.

“Among those protesting I can point out 10 that were given jobs and ran away with no reason, its is disheartening that they are also here to protest,” he said.

The Chief Security Officer of the company, Mr. Ishaku Kudan, said the management of the company had met with leaders of the community to iron out the differences.

The spokesman of Kaduna State Police Command, DSP Aminu Lawan, confirmed the incident and said that the police had intervened in the matter.