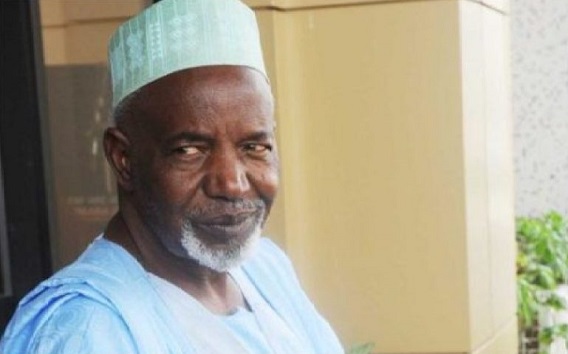 The formation of the Western Nigeria Security Network (WNSN), codenamed Operation Amotekun, has taken a new twist; with a former Governor of Kaduna State, Alhaji Balarabe Musa claiming that it is a ploy by the Southwest geopolitical zone towards declaring Oduduwa Republic.

Balarabe Musa made this assertion during an interview on Sunday, January 19.

The elder statesman further questioned the presence of the Odua Peoples Congress (OPC) and Afenifere; insisting that the two are secessionists in nature and practice.

“First of all, taking into account what happened in the history of Nigeria; this Amotekun will lead to a declaration of Oduduwa Republic. Look at the composition of those who constitute the organization in addition to the six-state governors.

“But let us also not forget that this Federal Government is an alliance between the North and the Southwest. So, why should this happen? Any correction in the set up of the country is possible if this alliance; which controls the government in the country can do its work”, he said.

On the legality of Operation Amotekun; the former governor aligned with the Attorney General of the Federation, Abubakar Malami, declaring that it is illegal.

“Oh yes! It is illegal because it contravenes the provisions of the law in the constitution. And unfortunately for them in spite of the intellectual aura of the elite class in the Southwest; they couldn’t be articulate because they could have been articulate like the Kano State did in the case of Hisbah.

On the comparison between the Amotekun and Civilian JTF in the Northeast; Balarabe Musa said the operation of the JTF is supported by the military and state governments, adding that; the Southwest should do what Kano did with Hisbah police.

“Let them work for it. Let them do the same thing that Kano State did in the case of Hisbah. Let them do it. Better still, let them use their political power and I repeat this government is an alliance between them and the North.”

Justifying fears in the North that Amotekun will lead to anarchy, Musa said Nigeria’s history shows that Amotekun is a crisis waiting to happen.

“The impression is that they want to secede because all they need to do is that as a result of the announcement of Amotekun; since there is no agreement with the rest of Nigerians if the Federal Government doesn’t do the right thing.

“The right thing, of course, is that the government should be competent to implement policies that will unite Nigeria. It appears that now is not possible. So, with this definitely there is the fear that after Amotekun there will be a declaration of Oduduwa State.”