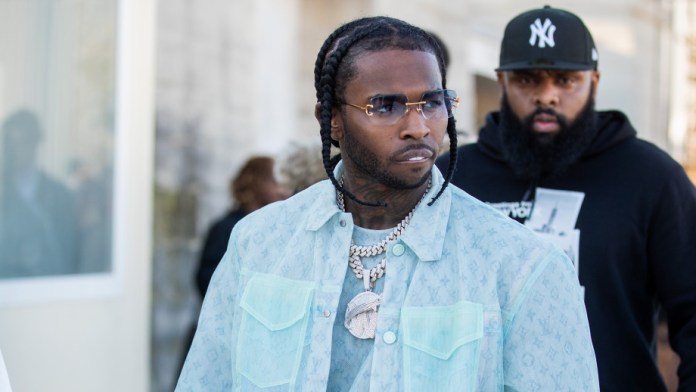 Pop was born Bashar Barakah Jackson in Brooklyn, was apparently at a home in the Hollywood Hills when two men broke in and fired multiple shots, hitting him. TMZ reports the men wore “hoodies and masks” in an apparent home invasion. Pop Smoke was pronounced dead at Cedars-Sinai Medical Center after being rushed by ambulance. The shooters have reportedly neither been caught nor identified.

Pop Smoke who had spent the last year carving out his own path he has collaborated with hip-hop A-listers like Nicki Minaj, Travis Scott, and A Boogie Wit Da Hoodie.
In April 2019, Pop Smoke dropped “Welcome to the Party,” a thudding single that showcased his patented husky voice; it was quickly remixed by Minaj and Skepta and became one of the summer’s biggest singles. He followed up his 2019 debut album, Meet the Woo, with a super-sized sequel, Meet the Woo 2, which was released only 12 days ago. It features collaborations with Quavo, A Boogie, Lil Tjay, and more. He was scheduled to perform at Pharrell Williams’s Something in the Water festival in April.