Skip to content
You are here: Home » NEWS » Ambode loses bid to halt probe into purchase of 820 buses by lawmakers 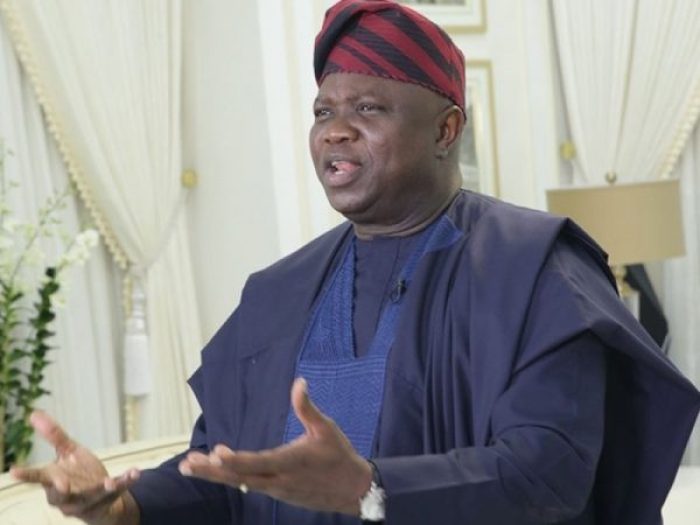 An Ikeja High Court on Thursday, February 27; held that former Gov. Akinwunmi Ambode cannot stop the state Assembly from probing him over his administration’s purchase of 820 buses for the state’s bus reform project.

In a one-hour ruling, Justice Yetunde Adesanya said that Ambode’s suit; which sought an injunction to restrain the Assembly from probing him, breached the doctrine of separation of powers.

She said: “An ad-hoc committee is an investigative committee performing a fact-finding function and not a court, judicial body or a tribunal.

“It is not set up to determine the civil rights and obligations of the claimant.

“The claimant, in this instance, has not been indicted by the House of Assembly; neither has the committee indicted the claimant by a mere invitation by summons to appear before it.”

The judge held that an invitation by the committee did not constitute a breach of the former governor’s fundamental right to a fair hearing; as contained in Section 36 of the 1999 Constitution.

“The ad-hoc committee is yet to carry out its constitutional function as contained in Section 128 and 129 of the Constitution.”

Striking out the case, Adesanya described the suit by Ambode; as an attempt to invoke judicial interference in the powers of the legislature.

“I hereby find that the claimant’s action is an invitation to the court to cripple the legislative exercise of the statutory power of the Lagos State House of Assembly; under Section 128 and 129 of the 1999 Constitution.

“That is not the function of the court, and no court of law should accede such invitation. The claimant’s suit is hereby struck out,” she said.

1st News had reported that Ambode through his counsel, Tayo Oyetibo, had through a writ of summons and statement of claim dated Oct. 24, 2019; sued Lagos State House of Assembly, its Speaker; Mudashiru Obasa, and the House Clerk, A.A Sanni.

Ambode had sought an injunction to restrain the lawmakers from compelling him to appear before the committee; pursuant to a resolution passed by House of Assembly on Aug. 27, as well as any other resolution passed in respect of the probe.