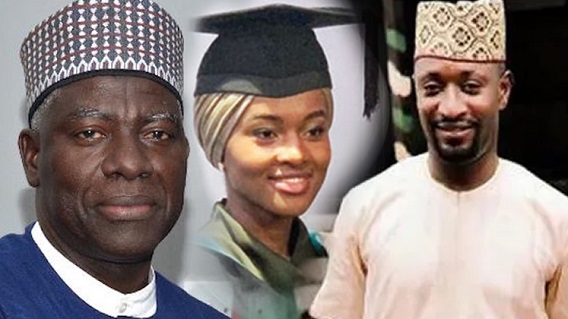 Mr Anthony Okolie, the Asaba-based businessman who the Department of State Services (DSS) allegedly detained for 10 weeks; for owning a SIM card previously registered in Hanan Buhari’s name; has sued the secret police, President Buhari’s daughter and MTN for N500m.

According to the businessman who was arrested on July 19, 2019 in Asaba; he claimed DSS detained him in handcuff until September 22, 2019 while waiting for Hanan Buhari; who was schooling in the UK at that time to clear him but she never did.

Okolie who attached the receipt he was issued after purchasing the SIM card; as well as the SIM certificate to the lawsuit document, revealed that he bought the SIM card on December 8, 2018; with phone number 09035666662, for the sum of N1,000.

The lawsuit FHC/ASB/CS/3/2020 is seeking for an order to “compel the respondents (DSS, Hanan and MTN); to jointly or severally pay the applicant the sum of N500,000,000 only as general and aggravated damages; for the gross and unlawful violation of the applicant’s right to acquire moveable properties, freedom of movement and self-dignity.”

Okolie who insisted that his detention contravened sections 35 and 34 of the 1999 Constitution; asked the court to declare it as an abuse of his fundamental human rights.