Skip to content
You are here: Home » NEWS » Adams Oshiomhole Begs For Forgiveness, Returns As Chairman 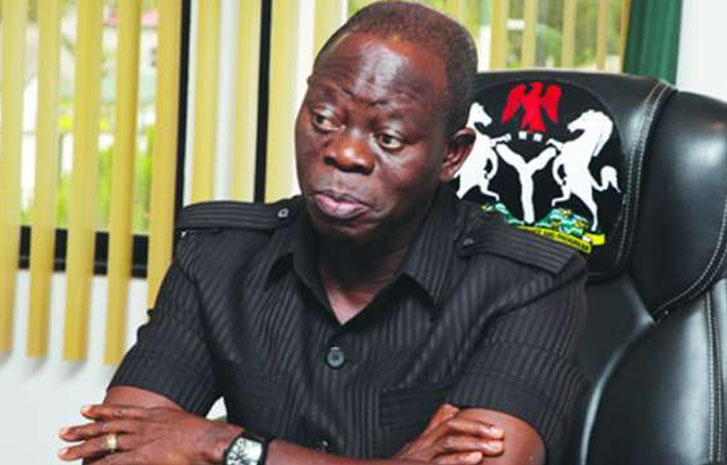 Adams Oshiomhole also announced that he has lifted the suspension placed a couple of members of the National Working Committee that led to the crisis of him getting suspended in the first place.
The former Edo State governor who disclosed that the NWC has resolved that aggrieved members of the party should withdraw all pending cases in court, added that he has also forgiven everyone who offended him.

“We have also resolved that we are going to withdraw all cases in court that any member of the NEC is involved in so that we must lead by example and we have shown that we are capable of managing ourselves and therefore we do not need the minister to help us resolve what we are capable of resolving.
“People have issues which they feel strongly about, and as a result the NWC took some decisions which affected my friend and brother, Senator Lawal Shuaibu, deputy national chairman north. The NWC had a reason for suspending him as at then.
“Today we have reviewed the situation and we believe that in the spirit of our renewed commitment to build unity and true reconciliation, we as leaders of the party elected at the convention should live by example.
“And that means for those we think have offended the system, we have chosen to lift their suspensions. Senator Lawal Shuaibu can resume his duties as deputy national chairman, north.
“We also reviewed the matter of Inuwa Abdulkadir, national vice chairman northwest. By the same spirit, the NWC was unanimous in lifting the suspension and he resumes work with immediate effect.
“I have asked everyone and they have accepted. Whatever they consider to be my own shortcomings, I have asked for forgiveness and they have forgiven. And whatever I considered to be anyone’s shortcoming that irritated me, I have also forgiven. This is the way it should be. It can only be abnormal if people know how to fight and they do not know how to settle.”