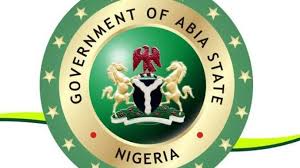 The Abia State government on Saturday disclosed that the suspected COVID-19 case which it declared wanted on April 17; has been found and placed in an isolation centre in the state.

Chief John Okiyi-Kalu, the Commissioner for Information, made the disclosure in a statement he issued in Umuahia on Saturday.

Okiyi-Kalu said that health officials at the isolation facility had collected samples from the suspected coronavirus case. In addition, he revealed that the samples have been dispatched to the Nigeria Centre for Disease Control (NCDC) for testing.

“He called from Abia State to report that he had symptoms of COVID-19 and recently had contacts with a confirmed patient; in Akwa Ibom as well as recently returned from Lagos. Our team called and asked the individual to isolate himself pending the team’s arrival to take samples for testing. On arrival at the given location, he disappeared.

“We continued to look for him and at some point got him again on the phone. He gave us a wrong address at Azikiwe Road, Aba and a team was immediately dispatched to the location; but did not find him there.

Last night, the security agency in Abia identified his location. This morning, our Rapid Response team stormed the location with security agents and took him into custody; at our isolation facility at Amachara,” Okiyi-Kalu said.

He said the suspected coronavirus case was cooperating with the government.

Further, he stated that he had given all necessary information, including the disclosure that he recently returned from Lagos; but did not visit Akwa Ibom.

“Since his return, he has been residing in a community on the border between Abia and Akwa Ibom. Also, that his real name is not Vincent Prosper and he actually made the call to NCDC control room.”

Okiyi-Kalu urged the people of Abia to be calm, adding that COVID-19 was not a death sentence. He called on the people to desist from stigmatising anyone because of the disease. Additionally, he appealed to residents to make themselves available to the relevant authorities; whenever they observed that they were showing symptoms of the disease.

Okiyi-Kalu said that the government would “confidentially do the needful”; adding that it would continue to handle coronavirus issues with utmost professionalism.