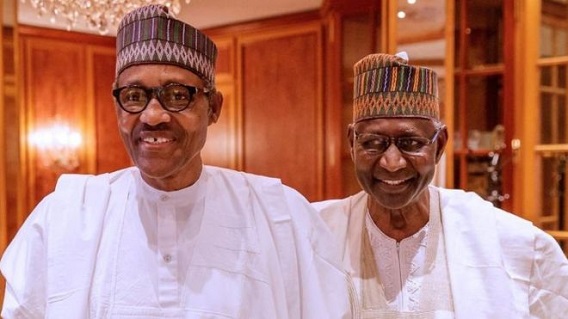 According to presidential sources, the president’s Chief of Staff, Abba Kyari tested positive for COVID-19 on Monday, March 23.

This necessitated examining President Muhammadu Buhari for the virus, with the eventual result coming out negative.

The Nigeria Centre for Disease Control (NCDC) reportedly informed the president of his status on Tuesday.

Abba Kyari had travelled to Germany on Saturday, March 7th; to meet with officials of Siemens in Munich on the Nigerian electricity expansion programme.

He returned exactly one week later on Saturday, March 14th, but did not show any symptoms.

He was said to have been at a meeting on containing the COVID-19 pandemic in Nigeria all through Sunday; where he reportedly started to cough.

Subsequently, he voluntarily submitted himself for testing and was informed of his status yesterday.

However, Kyari has gone into absolute isolation following the test result.

It was gathered that he is hale and hearty and showing no symptoms apart from the occasional cough.

Meanwhile, Kyari had recently raised the alarm on the coronavirus spread in Nigeria; noting that a number of lawmakers were refusing to submit for medical screenings at the airports. As a matter of fact, Kyari had written a strongly-worded letter to the Speaker of the House of Representatives; Femi Gbajabiamila expressing displeasure over the alleged refusal of some members of the House of Representatives to undergo screening when they touched down at the airport.

As a result, Kyari asked Gbajabiamila to request all members who recently returned from foreign trips to present themselves at the nearest NCDC centre for testing.

The letter was dated March 21.