Skip to content
You are here: Home » NEWS » Only 57% of 1.5m basic education teachers are qualified – UBEC boss

Only 57% of 1.5m basic education teachers are qualified – UBEC boss 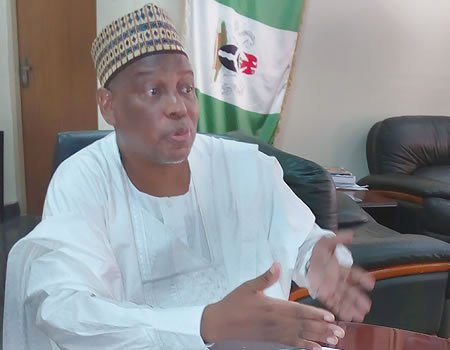 Executive Secretary of the Universal Basic Education Commission, Dr. Hamid Bobboyi has revealed that only 57 per cent of the nation’s basic education teachers are qualified.

He disclosed this in Kaduna on Saturday, in a paper entitled, “State of Basic Education in Nigeria: Prospect and Challenges”.

The paper was presented at the ongoing two-day policy retreat with the theme, “The State of Basic Education in Kaduna State: Prospects and Challenges”, organised by the state’s Ministry for Local Government and Chieftaincy Affairs.

“In spite of the huge investment in the sector, basic education was still characterised by poor learning outcomes, unqualified teachers and acute infrastructure deficit among others.

He also expressed concern over the increasing rate of enrollment in basic schools, which he said was not proportional to the available infrastructure and funding.

“For example, enrolment in pre-primary school (Early Child Care Development Education) has increased from 2.1 million in 2006 to 2.7 million in 2010 and skyrocketed to 7.2 million in 2018, representing 167 per cent increase.