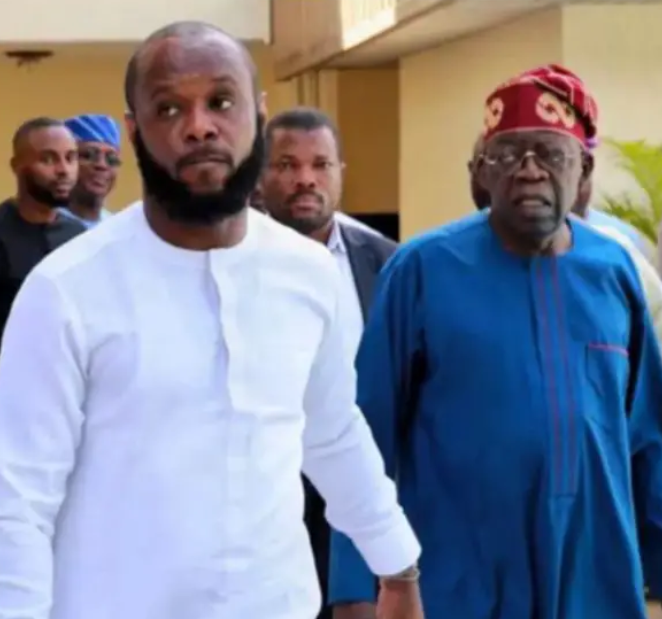 Seyi Tinubu, son of the presidential candidate of the All Progressives Congress (APC), says his father has the experience, tolerance and capacity to lead Nigeria.

Seyi said this when he was conferred with a chieftaincy title, Nwannedinamba, by the traditional ruler of the Mbaukwu kingdom, Igwe Peter Anukwui, in Awka South Local Government Area of the state.

Additionally, he informed the crowd that Seyi, who is married to an Igbo woman, is the greatest candidate to support.

The APC standard bearer’s son said to journalists that he was in the region to rally support for his father’s presidential campaign.

Bola Ahmed Tinubu “has the experience, tolerance, and capacity to alter Nigeria’s fortunes for the better,” the speaker asserted.

Everyone agrees that his vision for world peace, advancement, and economic growth is his greatest strength.

He also enjoys identifying, developing, and supporting talent. Igbo, Yoruba, Fulani, Efik, Ibibio, Hausa, and all the other tribes in Nigeria have all given testimonies.

“Since I married an Igbo woman, I am pleading with Ndi-Anambra and the whole Igbo region to vote for my father.”

Peter Obi, the Labour Party’s nominee for president, is an Anambra native who twice served as governor of that state.

Video: Being his mama is the best thing in the universe-Adesua Etomi pens heartfelt note to son, Zaiah as he clocks two