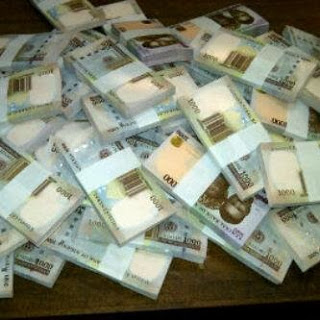 The civil society organisations under the auspices of South South Anti-Corruption Watchdog (SACW) yesterday in Benin City, Edo state capital, vowed to ensure Okupurhe gets justice and those behind the hidden cash are exposed.

Okupurhe, according to report in a national daily, had informed the office of the Attorney General of the Federation about the account secretly operated by the Nigerian Ports Authority to illegally collect revenue from vessels.

Prince Edjegba noted that if accounts of Okupurhe were true the Nigeria government ought to have played it’s part by paying him for exposing hidden funds.

Edjegba stated that ridiculing Okupurhe good work would prevent others from coming forward with authentic information about stolen cash or exposing corruption in public service.

He said it was wrong for the AGF’s office to allow the issue gets to the public because it might exposed Okupurhe to unnecessary danger.

A letter by Okupurhe’ lawyer and dated June 22, 2020 reads in parts “Pursuant to the whistleblower policy of the Federal Government, our client approached the Office of the AGF with confidential information in respect of hidden public funds concealed in a commercial bank in Lagos contrary to the Treasury Single Account policy which requires all public revenue or funds to be domiciled in the Central Bank of Nigeria.

“Our client presented the Office of the AGF with qualifying information on a cloned account with the Nigerian Ports Authority which was being used to illegally collect revenue from vessels by the signatories who are no longer in the service of the NPA.

“Upon establishing that our client’s information qualified under the whistle-blower policy, the Office of the AGF signed a whistle-blower agreement with our client through his appointed counsel- Mamman, Maiyaki & Co.

“The information provided by our client eventually led to the exposure of the hidden/concealed funds in Unity Bank Plc to the tune of $1,034,515, 000.”

However, the Office of the Attorney-General of the Federation and Minister of Justice in a media report Sunday had explained that government only pays whistleblowers after a successful recovery, not for mere tracing or exposure of suspected illegitimate funds.

The Minister was reacting to a letter allegedly by one Aliyu Lemu, Esq. purportedly written on June 22 on issues revolving around the payment of a whistleblower’s fees.

The Office of the Attorney-General of the Federation and Minister of Justice wants to make it categorically clear that one does not get paid on account of exposing looted assets, but on successful recovery and lodgment of same into the designated assets recovery account at the Central Bank of Nigeria’’.