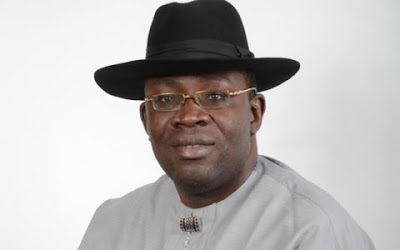 The Agbere community, Sagbama Local Government Area, Bayelsa State, was in disarray on Tuesday after youths went on the rampage, burning houses and destroying property in the area over a chieftaincy dispute.
Our correspondent gathered that many youths were killed in the incident as security operatives battled to restore order in the local government area Governor Seriake Dickson.
While some persons claimed that 12 youths died in the incident, the police said they had yet to ascertain the actual number of casualties.
The aggrieved youths were said to have attacked a police post in the community and injured police officers on duty.
While some sources said a policeman was killed in the melee, the Police Public Relations Officer, Mr. Fidelis Odunna, denied the claims but said some officers were injured in the attack.
“The aggrieved youths attacked us but our men were able to repel the attack. But in the process, some of our men were injured. No police officer was killed,” he said.
It was learnt that the government had ordered security formations in the state, including the state police outfit codenamed Operation Doo-Akpo, to restore the peace in the community.
The Commissioner of Police in the state, Mr. Kingsley Omire, was said to have led a special police team to the community.
Our correspondent learnt that the angry youths stormed the palace of the king and set it ablaze.
The king was said to have escaped death by the whiskers.
It was gathered that trouble started following a report of a commission set up by the local government to determine the emergence of a paramount ruler in the community.
The report, according to sources, recommended that the acting paramount ruler should be made a permanent ruler.
The recommendation was said to have provoked crisis between youths supporting the report and those against it.
It was learnt that mutual suspicion had existed in the community since the former Governor of the state, Mr. Timiprey Sylva, sacked the erstwhile traditional ruler in the community, Chief Aziza Ekade, for alleged violation of existing chieftaincy laws.
Chief Victor Alali was said to have been acting as the traditional ruler in the community since the deposition of Ekade.
Dickson, who frowned on the development, said security operatives had restored order in the area.
“We have since taken steps to bring the situation under control. Security operatives have responded swiftly and peace has been restored in the community,” he said.
Dickson, who spoke through his Chief Press Secretary, Mr. Daniel Iworiso-Markson, condemned the action of the youths and asked them to embrace dialogue in resolving their matters.
(Punch)
Tags
Bayelsa

Many injured as thugs clash in Lagos

The Nigerian Prison Service got a new name yesterday