US-based Nigerian woman identified as Lamide who got married to actress Monalisa Chinda’s ex-husband, Mr Segun Dejo Richards in a glamorous wedding ceremony in Nigeria last year has opened up on why she left him.

In an interview with City People Magazine, Lamide said she met Dejo on Facebook in 2009. In 2010 we became very close and started talking on the phone.

I didn’t know anything about him and in 2010 I was in Nigeria on holiday but we didn’t get to meet. While in Nigeria I got to hear he was married to Monalisa Chinda.

When I got back to the US I did Google his name and I saw the whole story about his marriage. At that point we were already very close and used to talk a lot. Due to the fact that we were very close, I asked him about what I read about him on the internet and he confessed that he was married and didn’t talk about it because we didn’t have the chance to talk.

I asked him what he did wrong and why he was so violent to his wife. All these questions I asked because we were already very close and he started explaining how he met the lady in London and brought her back to Nigeria to become an actress.

He stated that things started going wrong when she became a Globalcom ambassador and she started misbehaving.

Infact he told me he was not legally married but they work together.I started by advising him on why a man should be very patient with his wife. He told me everything I considered the truth. You know we are all humans and deserve a second chance. We started liking each other and he asked me out.

When we met he proposed to marry me. Don’t forget that he was very nice, caring and portrayed the image of a God fearing man. Because I felt he didn’t lie about his previous marriage and I was in love with him so I accepted to marry him. On January 22, 2011, we got married.

He proposed to me in August 2010 and that was when he started confessing his financial challenges but promised all will be sorted out before the wedding.

Few weeks later, he told me he had car issues and needed to sell his car to buy another one. He said he needed money to balance payment for the new car and also he needed money to pay his rent.
If you know him well, you will understand what I mean by him having way with words. Since I was coming to Nigeria and he didn’t have money for his car and complete his house rent. I helped him out. I will not disclose the amount but enough money to help him with his car and house rent.

When we were courting he told me he doesn’t drink and smoke and that he was a man of God but things changed when I got married to him.

One day I caught him drinking in the house and I was surprised. He said he was drinking because he was depressed. Somehow we started having arguments and when we do, he would hit the wall so hard and anything in his way in a very violent way. He was no longer a gentleman.

I was in Nigeria for 3months, I went back to the US and started filing for his papers so he could come and join me. He told me he didn’t have money for his passport and I told him I will take care of it. I sent him a document to sign but he never did, things became worse because we were not even talking on the phone anymore.

One day my dad said he had money and wanted to do some business like he wouldn’t mind buying iPad and send to Nigeria to sell as long as he makes profit.

Somehow he and my dad got talking, so my dad started sending him iPads to sell. After weeks of expecting the returns, my dad would call him and he would not pick his call and one day I was forced to call him and ask what was going on.

He lied that the person he gave the iPads to at computer village had not given him the money. We had a long break and were not communicating.

I forgot to mention that when I got back to the US in march, in April I sent him another house rent and was sending him money for upkeep.

I tried again to make it work and he said he would change and be a better person, he didn’t change though and was not really keeping in touch.

Those were hard times because all I ever asked of him is just to communicate and give attention. Instead he would avoid my calls or shout at me.

Jonathan’s Brother To Be Buried On Saturday – Presidency 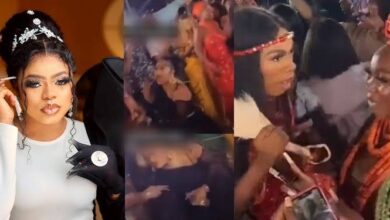 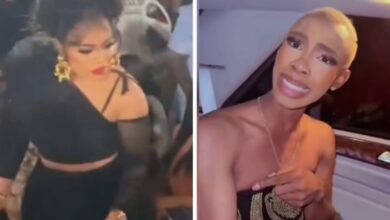 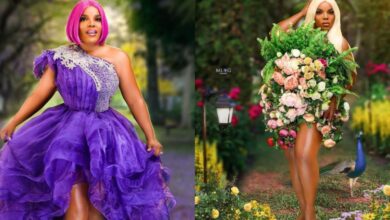