James Brown, Nigerian crossdresser cries out, ‘I am not HIV positive’ 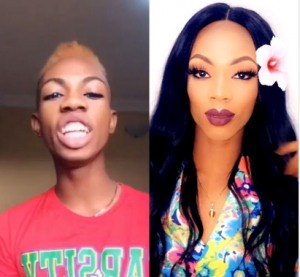 ledgling Nigerian cross-dresser, James Brown has revealed in a recent post that he is not HIV positive.

Recall that James, who became popular after he was arrested by the police; alongside some other boys on claims they all are gay, had revealed back then that he was born with HIV.

Equally important, HIV causes AIDS and interferes with the body’s ability to fight infections. The virus can be transmitted through contact with infected blood, semen or vaginal fluids.

However, in a new post on his Instagram page; James said he had lied about his status to save himself but that lie seems to be haunting him now. 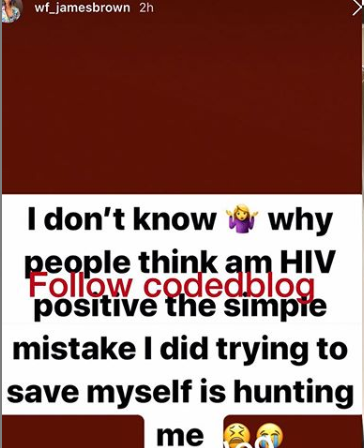 In other news, James has criticised the Nigerian federal government.

James Brown became popular after his  ‘they didn’t catch me’  account of his arrest by policemen who accused him and others of engaging in homosexuality.

On August 26, 2018, James Brown and other 56 suspected homosexuals were arrested by the police. And when he was asked if he was guilty of homosexuality, he replied, ‘They didn’t catch’ me.

He made reference to how the government were chasing Bobrisky on his birthday instead of facing the real national crisis.

In his words, he said:

“Nigerian has the time to chase people doing a birthday party, pursuing irrelevant things, useless things that would not put food on the table and will not save people’s lives.’

Meanwhile, Bobrisky has remained an inspiration for James Brown and a growing army of cross dressers. Indeed, the famous cross dresser seems to be winning over many new converts by the day.