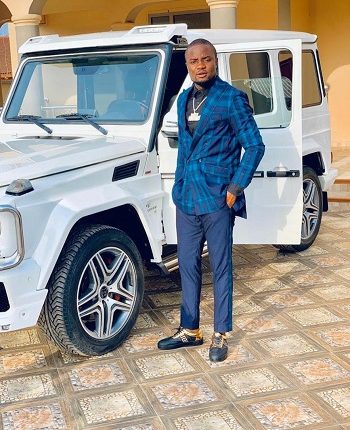 Record label executive and a notable dance hall artiste in Nigeria, Aniekeme Usen, popularly known as Murphy McCarthy recently spoke about some high points so far in the music business.

Speaking with Tribune Online about his greatest achievements as a record label executive, Murphy McCarthy said that signing Oga network into Alleluyah Boyz Entertainment (ABE), which he owns, was one of the highest points in his career.

Murphy revealed that Oga Network was one artiste he trusts and knows would eventually become one of the very best highlife singers in Nigeria because “his sounds create happiness with a lot of messages to the world through his music, he is a genius and I have never regretted working with him”, he said.

Speaking further, Murphy stressed that another milestone for him would be investing in rave hip hop act, Zlatan Ibile because he (Zlatan Ibile) rose to become one of the top artistes in the Nigeria music industry, a feat he has also maintained even after the contract with ABE expired.

When asked why he hasn’t released any song this year, Murphy said he decided to put a hold on his music career so he could properly focus on the artistes under the label and also search for more artiste with potentials to sign and bring to the limelight, as was done with Zlatan, Oga Network, Strings etc, who, in their individual ways had successful careers when under ABE records.

Murphy also revealed that music remains his first love and that was why he also went into the music business but as an entrepreneur who loved making income on his investments, he has decided to also venture into other businesses in the oil and gas sector and real estate management.