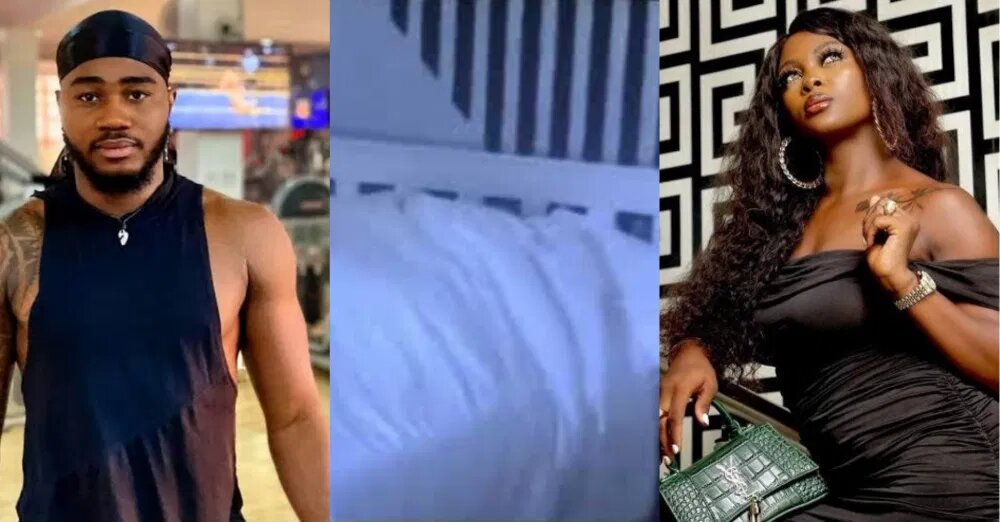 Things got heated on Saturday morning on the wildly popular reality show, Big Brother Naija (BBNaija); as two housemates were caught on camera having sex.

Both housemates gave viewers who stayed up into the wee hours something to feed their eyes on. As a matter of fact, the housemates had just finished playing a game of truth or dare. Thereafter, Praise, a dance instructor and Ka3na chose to take what was a surprising romance to another level.

Footage from the steamy session showed both housemates writhing in passion under the sheets.

The development came as a surprise to many ardent followers of the reality show. Simply put, they did not see it coming. Ka3na had publicly made it clear that she did not fancy any of the guys in the house.

Praise Nelson, 28, is engaged and has a child with his fiancé. On the other hand, Katrina Jones, 26, is still married to her 64-year-old white husband; with whom she shares a child although they are separated at the moment

Everybody wake up oh.. It has finally happened.. Ka3na and Praise having Hot Sex right now. No worry E Shock me also. 😯😯😯 #bbnaija2020lockdown #Katrina #BBNajia pic.twitter.com/cNmPLYSblj

10 People Dead And 3 Missing As Boat Capsizes In Lagos