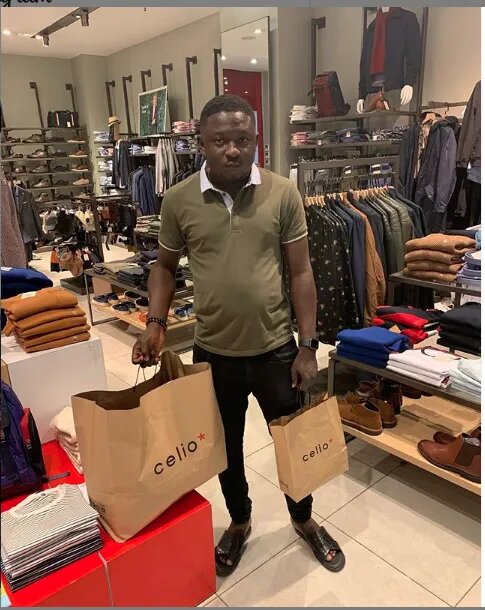 A fan of the indigenous rapper Zlatan has cried out in report of how the rapper embarrassed him when they met at Davido’s house.
Raheem Sodiq with username @sauce05_ took to his IG story to recall how he had drove past Davido’s house in Lekki and seen a lot of celebrities around.
This so excited him and he decided to capture some of the moments but surprisingly, just as he parked his car and wound the glass down, a security guard approached him and him in the face. This didn’t embarrass him more than Zlatan’s voice, ordering the security guard to seize his phone.
“On my way driving back home cos I live very close to Davido house in Lekki (Admiralty Way). Making my turn around the streets I noticed a lot of celebrities hanging and chilling alongside Davido on his Balcony so I decided to make a u-turn to capture a moment being a huge fan of Davido and 30 BG at large“, part of his statement reads. 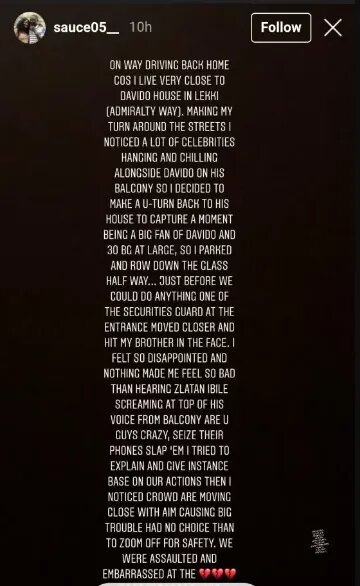