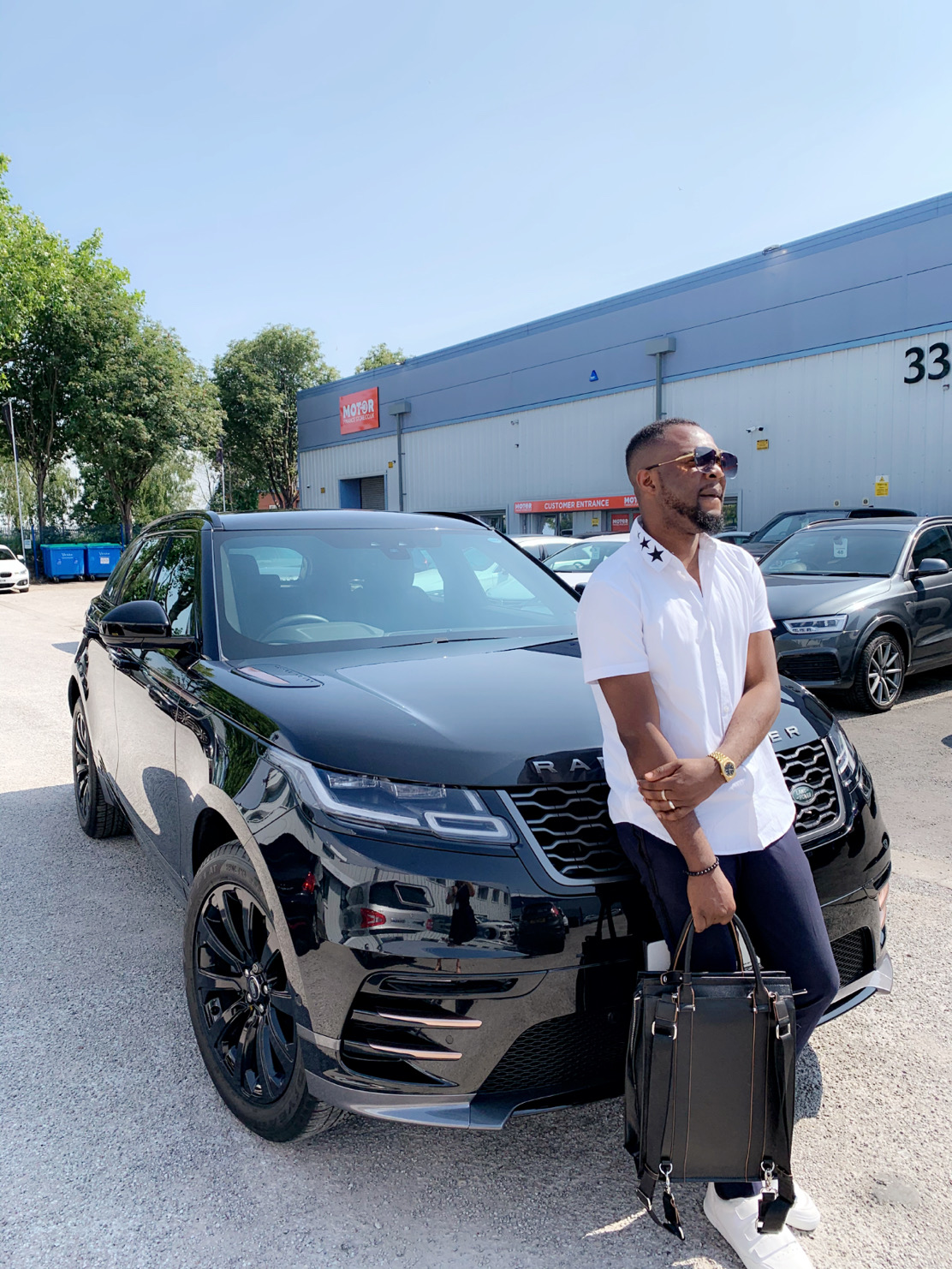 Famous UK based entertainment & sports promoter Olamide Baron has dazzled fans with a new car. The promoter who was rumored to have bought a Rolls Royce Phantom on his just-concluded birthday after his birthday pictures flooded on the internet. Few days after the whole speculation about him buying himself a Rolls Royces, The showbiz personnel has just bought a Range Rover Velar which he posted on his Instagram page. And it’s a 2020 Top Class edition. The car which was bought in the UK has been said to cost about (£100,000) N50 million Naira. Baron shared photos of this new ride on his Instagram and friends and fans are buzzing.

Congratulations are in order for the promoter.

Many celebrities have praised and wished him on social media.