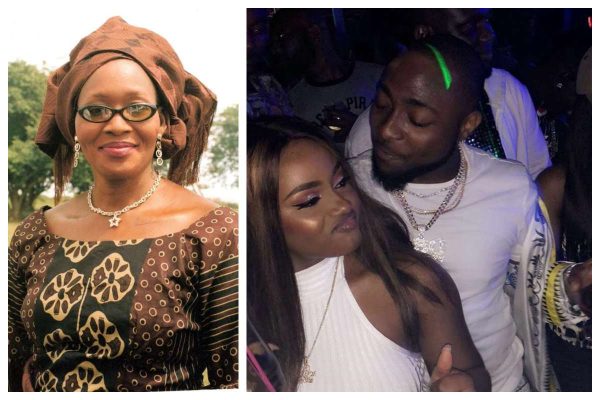 Kemi Olunloyo has opined that Chioma has warmed the bed of numerous DMW members including Peruzzi and several others. She insinuated that Davido is not the only man getting action from his ‘Assurance’.

“Davido was dumped by Chioma Rowland in October 2018. I reported it first followed by thecableng.

He cursed me out for doing my job, another woman came forward reporting his deadbeat father status to me, he sexually harassed another woman last week then apologized.

Now his own Director of Corporate Sponsorship King Spesh of DMW says Chioma is having sex with multiple men “them they fuck Chioma” whenever she comes to London and claims another artist in the label Peruzzi “knows it all”. Is Peruzzi among them? Poor Davido.”

According to Kemi Olunloyo, the Porsche car Davido presented to his girlfriend is false and nothing but a PR stunt.

“Where is Chioma’s cooking show? There is no N45M Porsche car. It was a PR stunt for the single “Assurance” release” she also asked.

She went on saying:

“When the year started I told you I will TROLL DAVIDO till December 31st 2019.
UNLESS he apologizes in person and pays child support $144k N52M 2013 to present after taking my new DNA test on US SOIL.
UNTIL THEN…I will continue to expose his left, right and centre “