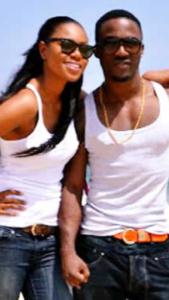 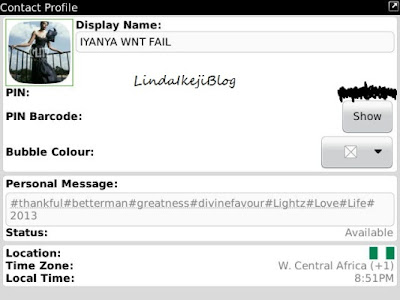 Sources close to the couple told me that they are somehow back together and seriously working on their relationship. Yvonne and Iyanya had a heart to heart talk while Iyanya was in Ghana over the holidays. The Ghanaian actress was later seen dropping Iyanya off at the airport in her car.

The sexy stars started dating in July 2012 but ended their relationship in November after Yvonne accused the Kukere crooner of cheating on her with another actress.

“They are talking on the phone everyday but things are not entirely in place as Yvonne’s friends are advising her not to go back to him because of how much he hurt her the last time’ The source revealed to me.

Iyanya currently has Yvonne Nelson’s photo as his display picture on his BB. (As seen above…taken 8:51 this evening)

Dana Air denies paying celebrities to board its inaugural flight

Nigerian designer Shaun Akanbi stabbed to death in the UK