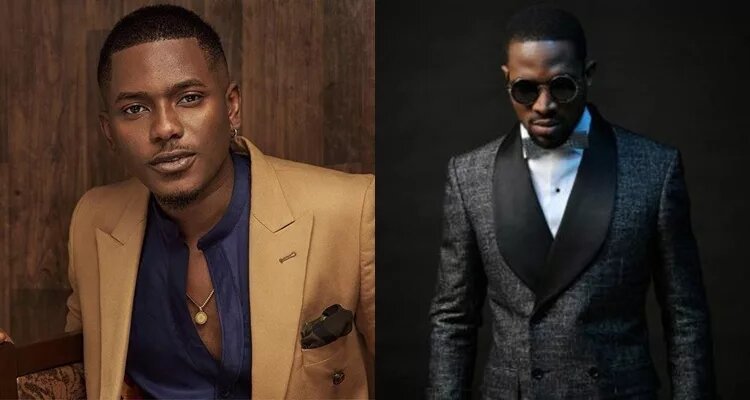 Pertaining to the rape allegations hovering around music icon, D’banj, actor Timini Egbuson has stated that the Koko Master has been cancelled from his books.

In a post on social media, the AMVCA winner mentioned that he no longer holds D’Banj in high regards.

It can be recalled that after Miss Seyitan Eunice Babatayo accused Dbanj of rape, the singer would go on to file a N100 million lawsuit against her.

Surprisingly she would go on to make a post on her social media, promoting his songs.

Reacting to the turn of events, Timini Egbuson, said he has cancelled D’banj in his books, adding that it would be repulsive if it was all a publicity stunt.

“I’m normally against cancel culture but Dbanj is cancelled in my books for real if this all some sort of publicity stunt. 🤮

Anyone with these type of accusations is foul and should face the full wrath of the law.

What is even more disgusting than a cover-up is using this as an opportunity to promote his next song, which was what I meant. “ 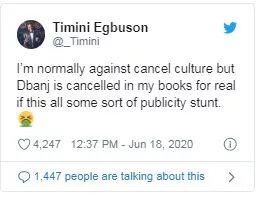 Seyitan’s friend, Benjamin Ese, in a Twitter thread in early June, had told the story of how D’Banj allegedly raped Seyitan at a hotel two years ago – in December 2018.

She said it happened at an all-white party where D’Banj allegedly offered her friend some money to spend the night which she rejected until he surprisingly showed up in Seyitan’s hotel room around 2 in the midnight.