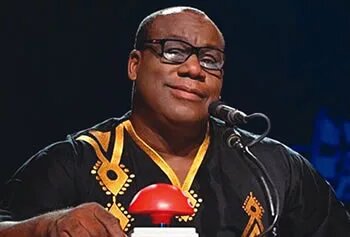 An update has been served on Dan Foster, the ace American-Nigerian broadcaster as his wife revealed how long he was tested positive to COVID-19 before his death.

Recall that news broke of his death yesterday and sources in the Broadcast media industry revealed  that he had died of COVID-19.

According to the source in a WhatsApp message, Dan Foster had been out of work and ill for some time and had died at the Yaba Isolation centre where he was receiving treatment for the virus.

His wife, Lovina Foster, however, confirmed to Channels Television that he was tested for the COVID-19 and the result came back positive on Tuesday. He, however, breathed his last on Wednesday afternoon. This slightly confirmed the reports that he gave up the ghost at about 1pm.

Dan Foster is survived by his wife and four kids – Joshua from a previous marriage, and Daniella, Kayla and Somtochukwu whom he had with Lovina.