James Brown has revealed he will be auditioning for the 5th edition of Big Brother Naija.

In a recent conversation with an ex-BBNaija housemate, Venita Akpofure on Instagram, the effeminate socialite stated that he will be trying out his luck for the 2020 BBNaija edition. The reality star and actress, Venita admonished the youngster to try out for the auditions; and help transvestites and mavericks gain confidence in themselves.

James who doubted himself for a while during the conversation showed his interest, however, he said Nigerians do not support those who are effeminate.

Equally important, effeminacy is the manifestation of traits in a boy or man that are more often associated with feminine nature. Further, the individual portrays the behavior, mannerism, style, or gender roles rather than with masculine nature. 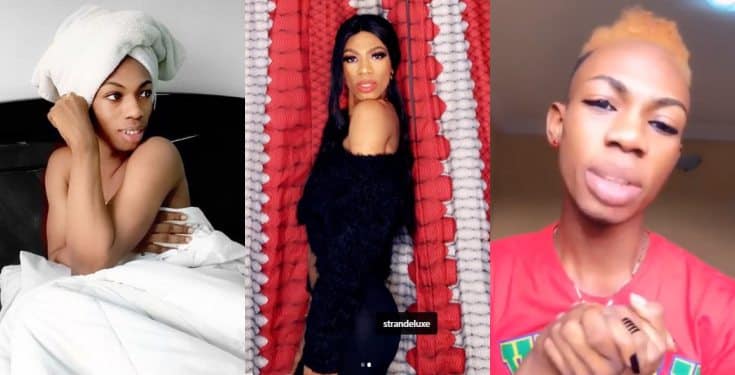 It is typically used implying criticism or ridicule of this behaviour. However, James Brown’s aim and objective are to redefine the perception of Nigerians towards effeminate individuals.

This is coming several days after renowned transvestite, Bobrisky mentioned that he is the leading crossdresser in the country. James Brown’s recent revelation will instigate a revolution in the Nigerian system both politically and socially.

James Brown gained modest popularity in 2018 after his video ‘They did not caught me’ went viral on social media. He was allegedly caught by the Nigerian Police in a gay club in Ikeja, Lagos at the time. The effeminate youngster has since become an internet sensation partly due to his mannerism, lifestyle and mindboggling statements.