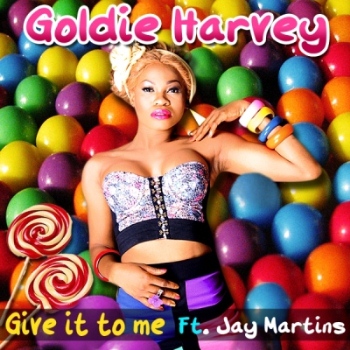 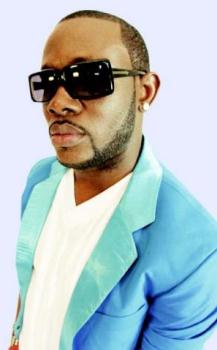 There’s serious bad blood right now between two music stars: Goldie and J Martins. It’s a long story, but I’ll try to make it short. Goldie invited J Martins to South Africa in November to appear in the video of a song they did together called Give It To Me. J Martins asked for business class. Goldie said she couldn’t afford it. J Martins agreed to come reluctantly. Then he told Goldie to pick him up at the airport. Goldie sent someone instead. J Martin refused to follow the man Goldie sent to the airport to pick him up, saying he didn’t want to be kidnapped (which makes sense).

J Martins then checked himself into a $700 hotel, refusing to check into the hotel Goldie booked for him. Goldie and other members of her crew then went to J Martins’ hotel to see him but he refused to see them. He said he was tired, and was not feeling well, so couldn’t see anyone. Then the morning of the shoot, J Martins refused to come to set. He asked Goldie and her crew to pay for his hotel accommodation. $700 x 5 nights = $3, 500. Goldie said she couldn’t afford it. After much begging and talks, J Martins agreed to two nights refund which was $1400.

After that was settled, J Martins didn’t show up on set till 3pm that afternoon. When he got on set, he refused to enter the video until they gave him the $1400. Then he complained about the costumes…he refused to do this, refused to do that…he was rude, he was talking on the phone…etc…etc.

Anyway, to cut the long story short, the white guys shooting the video got tired of all the drama and packed their stuff and left without completing the video. J Martins shot some scenes but not all Goldie is said to be pretty angry at J Martins because she lost a lot of money

Video: ‘Another comedy show’- Fans slam Eniola Badmus as she gears up for Tinubu’s Nasarawa rally

Video: Why men have no business marrying before the age of 40, women 30 – Uti Nwachukwu spills