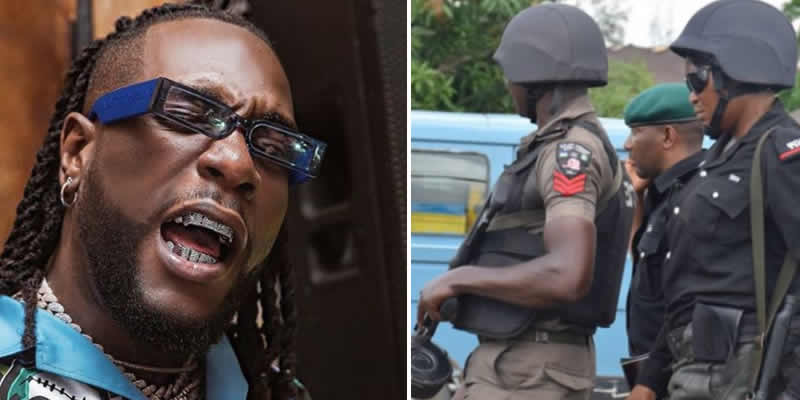 Self-acclaimed African Giant, Burna Boy has reportedly been arrested alongside his father.

Gathered that the Afrobeats singer was arrested on Saturday evening at his Lagos Mansion after the singer had a face-off with his neighbours.

According to reports, the relationship between Burna Boy and his neighbours went sour over continual noise in the neighbourhood and when the situation became unbearable.

Some of his neighbours called the police to come to their rescue due to his nuisance he was constituting.

Officers of Lagos Police Command arrived the singer’s mansion at night, one of his neighbours at the scene confirmed that mobile policemen assigned to the ‘Ye’ Crooner were disarmed as they also demand the arrest of his father for aiding and abetting the singer’s actions.

While recounting their ordeal in the hands of the singer, the neighbours alleged that Burna Boy owes N100m, to complete payment for the land he used to build his house.

They also lamented about oppression and threats received from the singer as they mention that other VIPs who have mobile policemen assigned to them don’t misuse their security officers.

They mentioned celebrities like Jude Ighalo who lives quite close, said the footballer and other VIPs maintain decorum in the neighbourhood without noise.

Watch the video below;

This report is coming several days after the ‘Gbona’ crooner claimed that he is a billionaire.

According to Burna Boy, his vehicle is cost more than the aforementioned amount.

In a post shared via his Snapchat page on Thursday, May 14, 2020, the music star laughed off the insinuation that he is worth $3.5M which when converted to naira is approximately N1.3B.

“Fun fact: By the time I recorded ”All eyes on me” I was dancing around that 3.5 level.” 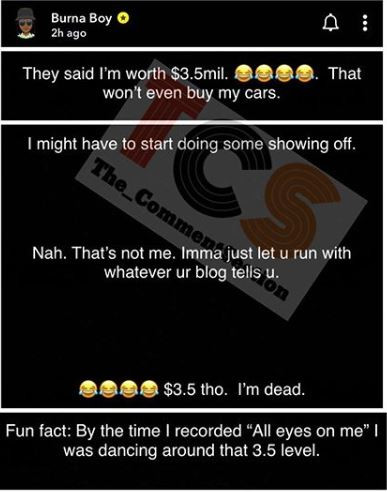