Nigerian actress, Etinosa Idemudia is over the moon as she has just won her first-ever international recognition at the just concluded Hollywood and African Prestigious Award.

Idemudia emerged winner of the ‘Best Actress In a TV series’ for her role in the Charles Inojie directed ‘Blood of Inojie’, after she got nominated in multiple categories at the awards,

Other nominees in the category include Dakore Akande for ‘Castle & Castle’ and South African actresses Cindy Mahlangu (‘Kings of Joburg’), Khosi Ngema (‘Blood and Water’).

Recall Idemudia announced the nominations back in October via Instagram. “I have just received multiple award Nominations and Invited to Los Angeles CA USA. Thank God my visa will not waste this year but that is not the point! OMG!!!!!!

“I am so overwhelmed with joy. For the first time I don’t know what to say as words cannot express my joy. In every movie project I give my all and I am so rewarded by the fact that these efforts do not go unseen,” she wrote.

Meanwhile renowned singer, Don Jazzy have taken to social media to share a video demonstrating another way to use the toilet.

Following the news of the NAF operative that died as a result of a snake that bit her while using the toilet, subsequent videos of snakes in toilet bowls have surfaced on social media thereby instilling fear in Nigerians.

Reacting to the saga, Don Jazzy took to social media to state that he is looking for another way to use the toilet because it’s not funny anymore.

He also posted a video of him trying out a different position on the toilet seat. In the video, the Mavin records boss stoop upright facing the toilet cistern, instead of sitting on the WC.

Sharing the video, he wrote:

“Finding alternative ways to sh*t ooo. This thing is not funny anymore” 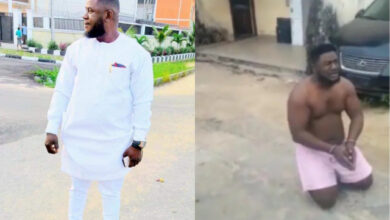 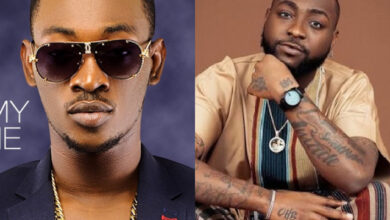 He Rise by Ripping Others – Dammy Krane Blasts Davido, Reveals How He Paid For His Music Video 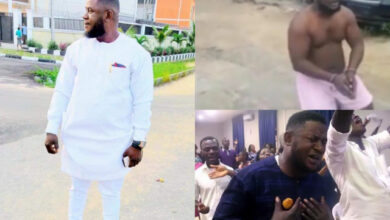 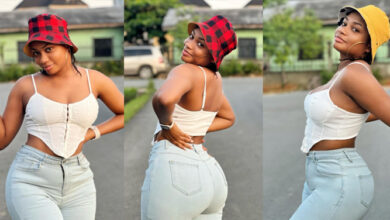 “I will go oshodi for your case” – Reactions as Popular Comedienne, Soso Shares New Stunning Photos of Herself